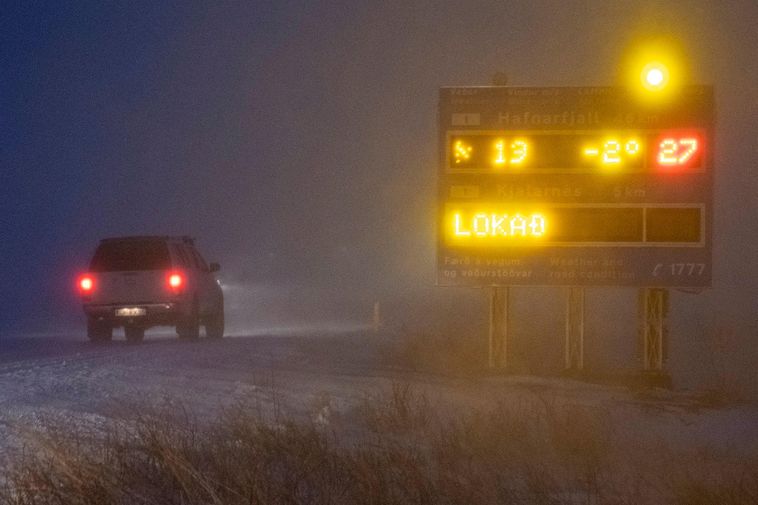 The weather system that caused severe or violent weather in most parts of Iceland yesterday is moving eastward and is expected to bring a severe gale or storm to the eastern part of the country today.

A red weather warning remains in effect for Northeast Iceland until noon, where a violent storm still rages with heavy snow and blizzard conditions. From noon till 9 pm, an orange warning will be in effect for that area.

For the eastern part of the country, and orange warning is in effect through tonight. A severe gale or storm with snow and blowing snow is expected.

In Southeast Iceland, an orange warning will remain in effect until 2 am tomorrow. There, dangerous and violent wind gusts are expected near mountains, that is, near Mýrdalsjökull and Vatnajökull glaciers.

In the central highlands, and orange weather warning will be in effect through 10 pm tonight.

For the latest weather updates, please go to en.vedur.is.

Almost all highways in Iceland remain closed, especially in the northwest and northeast parts of the country. Ploughing won’t be attempted until the winds begin to abate.

Almost all mountain roads in the country are closed.

For detailed information on road conditions, go to road.is.