Síldarvinnslan ‘Never Intended to Deceive Anyone’ 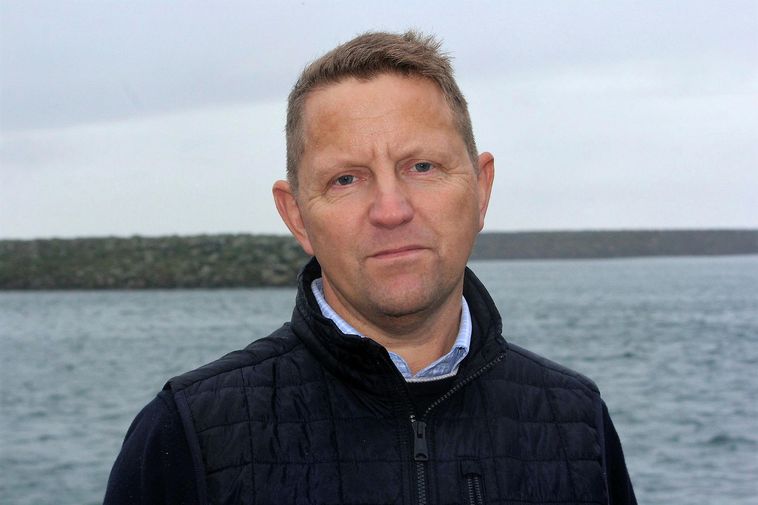 In response to a story published here on Friday, translated from Fréttablaðið, which first published it, Síldarvinnslan, an Icelandic fishing company, has sent out a press release, stating that the email quoted in the story was completely misinterpreted. “There never was any intention to deceive anyone,” Gunnþór Ingvason, managing director of Síldarvinnslan in Neskaupstaður, tells mbl.is.

It is, he states, clear from the email that neither Síldarvinnslan nor Henik Leth, chairman of Polar Seafood Greenland, intended to try to obtain goodwill or quotas by pretending to intend to construct in East Greenland. On the contrary, the ones who had such plans were locals in Greenland.

The email quoted by Fréttablaðið is as follows:

It so happens that our friends [sic] in Greenland, Henrik Leth, just asked me to jot down for him what is needed in terms of investment, fishing, processing and harbor construction in order to open a fishmeal and pelagic fish factory in Ammasalik [on] the east coast of Greenland.”

“He is not thinking about building anything. Instead, some locals in Greenland, along with some others, are trying to obtain quotas and goodwill from government by pretending to intend to construct in East Greenland,” the email continues. “Don’t you have some points ready, even though they apply to Africa?”

Síldarvinnslan’s press release is as follows:

“On November 15th a story was published in Fréttablaðið daily newspaper in Iceland that Gunnþór Ingvason, the CEO of Síldarvinnslan, had requested instructions from Samherji on April 30, 2014 on how to deceive Greenlanders in order to acquire fishing permits and quotas. The article is completely wrong and it is in fact remarkable how the journalist who wrote the story could draw these conclusions from the e-mails quoted.

Síldarvinnslan has had a successful collaboration with the Greenlanders since 2003 in a fishing company which is a joint venture. In 2012, Greenland’s largest fisheries company, Polar Seafood, acquired the majority of the company, which was then named Polar Pelagic, with Síldarvinnslan owning 30 percent of the shares. The Board of Director of Polar Seafood have [sic] always been responsible with communicating with the authorities in Greenland. Polar Seafood’s chairman is Henrik Leth, who has long been one of the leaders in the Greenlandic fisheries industry.

In 2014, Henrik Leth contacted Gunnþór Ingvason and told him that in Greenland it was widely discussed that someone planned to set up a fishmeal and pelagic processing plant in Ammasalik on the east coast of the country. Henrik considered these plans very unrealistic and thought that they were being put forward with a view to obtaining a quota from the government of Greenland. To find out more about technical issues and constructions costs, he contacted Gunnþór Ingvason. Gunnþór knew that Samherji had recently made plans for such a structure in Morocco. He e-mailed employees at Samherji asking for this information, even though it was relevant to the development in Africa. After sending this e-mail he made no further enquires about the matter.

Henrik Leth says the following about this: ‘I contacted Gunnþór for information simply because Síldarvinnslan has a great deal of experience and knowledge of the construction and operation of pelagic processing plants. I could never have imagined that such a negative news story could be made about a favour he made to me, a colleague. This is a sad example of poor and dishonest journalism.’

As explained above it can be clear that Gunnþór Ingvason’s words in the email were distorted and taken out of context in the news story. Síldarvinnslan regrets this factually wrong and harmful story and hopes it will be corrected as soon as possible.”