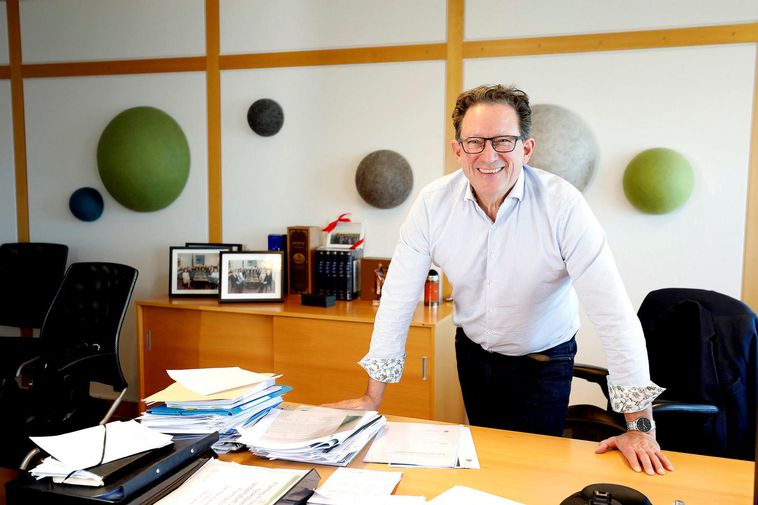 According to the whistleblower Jóhannes Stefánsson, Kristján Þór Júlíusson, who now serves as Iceland’s minister of fisheries, briefly met three men in 2014, when he was minister of health, who, in exchange for bribes, were working on providing the Icelandic company Samherji fishing quotas in Namibia, mbl.is reports.

This is reported by the Icelandic newspaper Stundin today. The meeting was held at the Samherji headquarters in Borgartún, Reykjavík in August of 2014. There, Samherji CEO Þorsteinn Már Baldvinsson, introduced Kristján Þór as “his man” in government.

Last night, WikiLeaks published more than 30,000 documents on the dubious Namibian operations of Samherji, one of the leading companies in the Icelandic fishing industry.

“Kristján Þór came to the meeting and Þorsteinn Már smilingly said that this was his man in government,” Jóhannes tells Stundin. “He didn’t stop for long, though, maybe ten minutes, to greet the Namibians.”

Attending the meeting, according to Jóhannes, were Sacky Shangala, then state prosecutor of Namibia, James Hatuikulipi, board director of the state-run company Fishcor, which distributes fishing quotas in Namibia, and Tamson “Fitty” Hatuikulpi, James’ relative and the son-in-law of Namibian Minister of Fisheries Bernhard Esau.

All three men were connected to Namibian authorities and the ruling political party SWAPO, on which Samherji relied to obtain fishing quotas in the country. These three men are among those Samherji allegedly paid bribes to ensure the company horse mackerel quotas.

Talking to Stundin, Kristján Þór does not deny having met the Namibians under said circumstances, but emphasizes he was not a formal participant at the meeting. “I have not taken part in a meeting with these men regarding the operation of Samherji, since I have no reason to attend such a meeting, not having had anything to do with that operation since I was on the board [of Samherji] 19 years ago,” he states. “I cannot rule out having run into and greeted said individuals, if we were there at the same time roughly five years ago.”

Kristján Þór used to be president of the board of Samherji and worked for the company during his time off from parliament.

Mbl.is reports that when asked about the Icelandic government’s responsibility, Prime Minister Katrín Jakobsdóttir states that she has confidence in Kristján Þór. “There is nothing in these documents that points to the minister of fisheries having had knowledge of the issue,” she notes.

She states that if the allegations against Samherji are true, this is a reason for great worry for Icelandic industrial activity and shameful for Samherji. The case could affect the nation as a whole, she states.

Meanwhile, Helga Vala Helgadóttir, MP for the Social Democratic Alliance, has stated that in her view, there is no doubt that Minister of Fisheries Kristján Þór Júlíusson ought to step aside while the district prosecutor investigates the matter, mbl.is reports.