More Particulate Matter than in Beijing 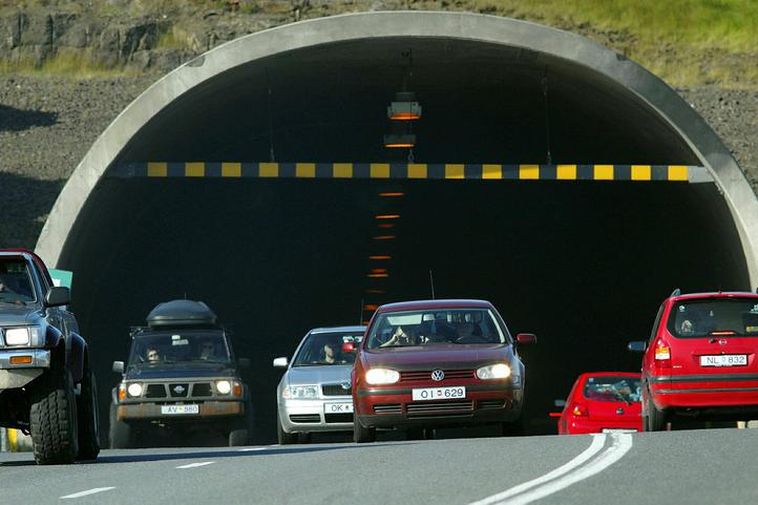 New findings reveal that the air in the Hvalfjarðargöng tunnel, West Iceland, is quite polluted.

On average, the amount of rubber disintegrated in the tunnel in a day is the equivalent of four tires - about 12 liters of rubber, or 13,800 g (30.4 lbs), Morgunblaðið reports.

This was revealed by Gísli Guðmundsson, geologist at Innovation Center Iceland, who spoke at the Icelandic Road Administration’s research conference on Friday. There, he introduced findings from the research of particulate matter, collected from the tunnel January 17, 2017, through June 13, 2018.

Meteorologist Einar Sveinbjörnsson is surprised by the findings. “This is interesting, because traffic is the only source. Particulate matter in the capital area can be explained partly by airborne soil from the countryside east of the city, or even salt from the ocean, and so on, but this is from cars alone.”

The particulate matter found in the tunnel includes various dangerous substances from tires and brake linings.

“These are heavy metals, such as barium and copper, and more. Surely, all of it is some sort of poison in various amounts,” Einar states on his Facebook page.

He points out that the average amount of PM10 (particulate matter 10 micrometers or less in diameter) in the tunnel was 186 micrograms per cubic meter for the first four months of 2017 – a time of year when studded tires are permitted. The level was similar during the same period in 2016.