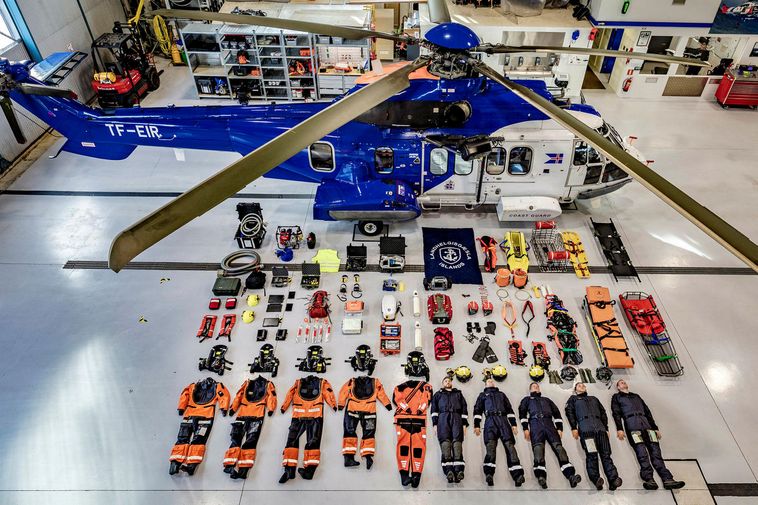 What may look like a Playmobil set is instead the actual helicopter, crew and equipment of the Icelandic Coast Guard. The picture above is part of a viral Tetris challenge, where emergency workers all across the world lie down and pose like toy pieces, beside their equipment, Morgunblaðið reports.

The craze began in Zürich, Switzerland in September, when two police officers there posted a drone picture of themselves on Facebook, lying beside a police car, surrounded by their gear, resembling the puzzle video game Tetris.

Since then, numerous professions have taken part in the trend, including US soldiers, Italian fire fighters, Dutch pilots and Canadian paramedics.

The picture above was taken in the hangar of the Icelandic Coast Guard at Reykjavík Airport.

According to Ásgeir Erlendsson, the Coast Guard’s public relations officer, numerous emergency teams the world over have posed as if they were parts of a Tetris game. He notes that the Icelandic Coast Guard is the first team in Iceland to participate in the craze.

Pictured above is the rescue helicopter TF-EIR, an Airbus H225,  along with the crew and its gear.

“This is such a fun craze,” Ásgeir states, “and it’s only a matter of time before the police and fire fighters take part.”

For more pictures, you can Google the term “Tetris challenge.”