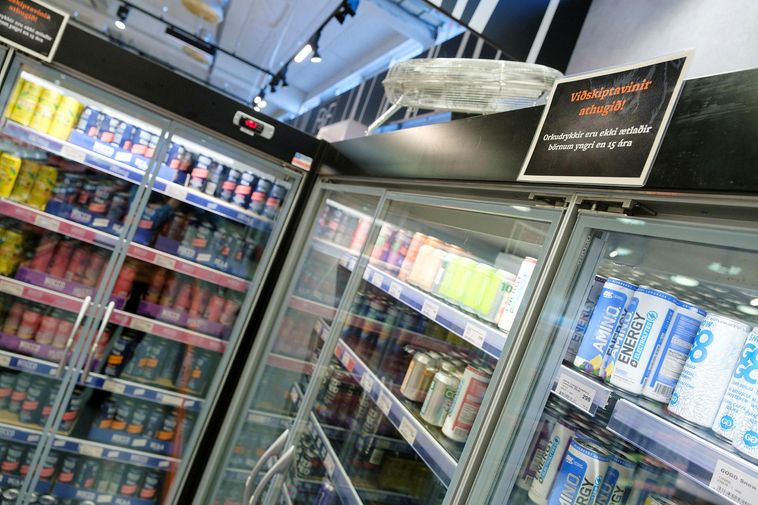 Icelanders are constantly looking for new sources of energy. Recently, they seem to have found it in energy drinks. In recent years, the country has seen an explosion in the sale of such beverages, five million liters (1.3 million gallons) of which were consumed last year alone. The market has grown fivefold in four years, and last year, the nation spent more than ISK 3 billion (USD 24 million; EUR 22 million) on the product.

The greatest increase has been in the sale of energy drinks containing large amounts of caffeine, Morgunblaðið reports. Revenue of the wholesaler Core ehf, which imports, among other things, the energy drink Nocco, increased by 57 percent in 2018, compared with the previous year.

Nocco, a Swedish brand, produced in Austria, dominates the energy drink market in Iceland, with more than 33 percent market share, according to estimates. It is followed by Monster, Red Bull (produced in Austria) and Euroshopper in popularity. Thereafter comes Collab, an Icelandic caffeinated beverage, which includes collagen. It is estimated that altogether 15 million units of energy drinks were sold in Iceland last year.

Much has been reported in the media lately on the harmful health effects of energy drinks. Children are warned not to consume them, since they are very sensitive toward caffeine. This week, attention was brought to the fact that in the country’s secondary schools, daily consumption of caffeinated energy drinks increased from 22 percent of students to 55 percent from 2016 to 2018. Health officials warn that such excessive caffeine intake severely affects young people’s sleep habits, endurance and general wellbeing.

What has furthermore been criticized is that most of the energy drinks are imported to Iceland ready-made, leaving a large carbon footprint. It has been noted, however, that Collab, produced in Iceland, has gained popularity in recent months. Its collagen content is derived from Icelandic fish products.

Hospital to lose 313 staff by November