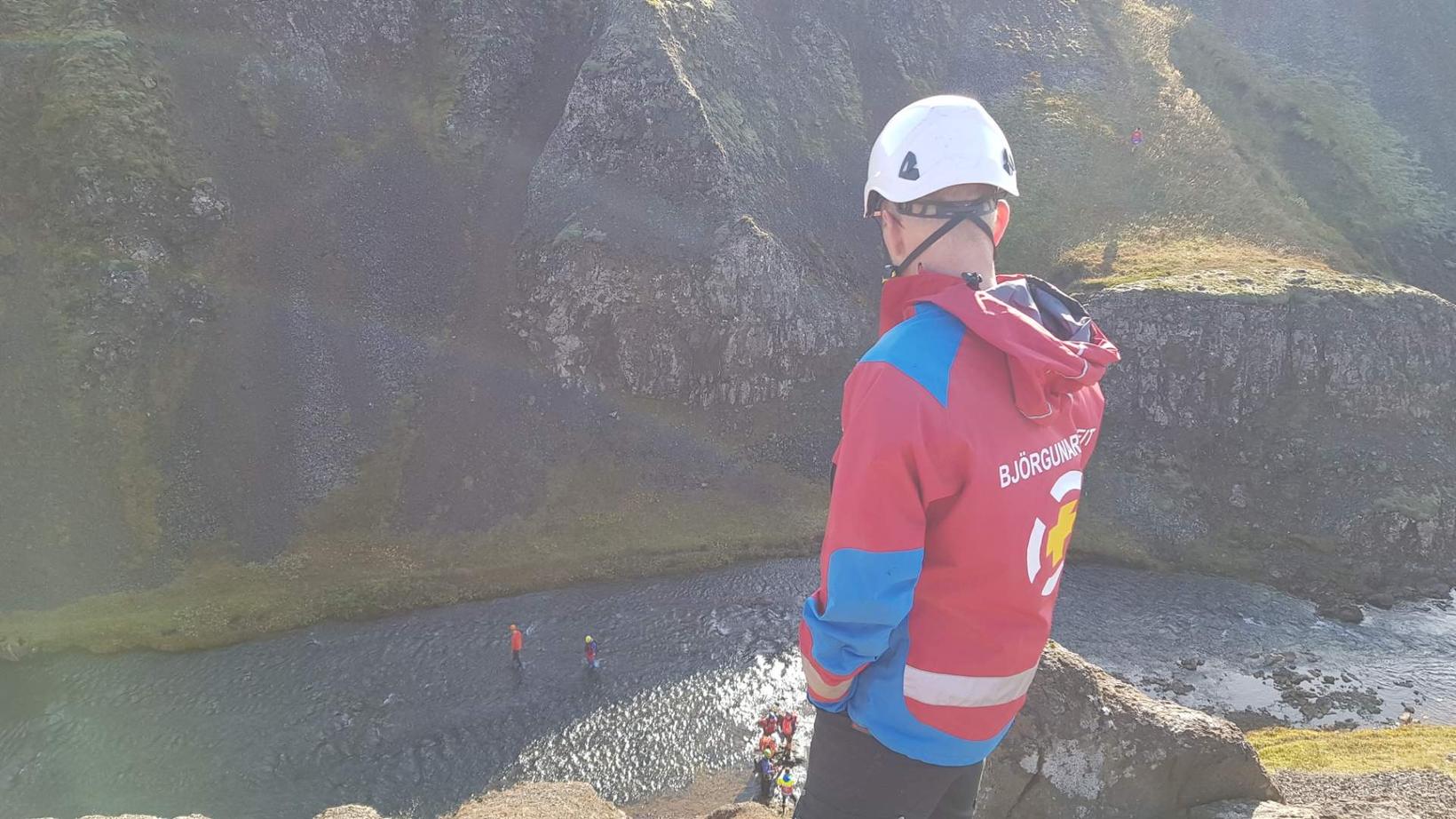 Rescue teams from all over South Iceland were called out last night to assist people trapped in Klifurárgil ravine, south of Mýrdalsjökull glacier, mbl.is reports. An emergency call was placed shortly before 6 pm.

The people involved had encountered heavy fog and believed they were trapped. Due to poor mobile phone connection, locating the tourists proved difficult. Night was falling and, therefore, the decision was made to call out rescue teams from all of South Iceland.

The fog lifted sufficiently for the tourists to leave the area, after which they were found by rescue workers by 7:30 pm and brought to safety. 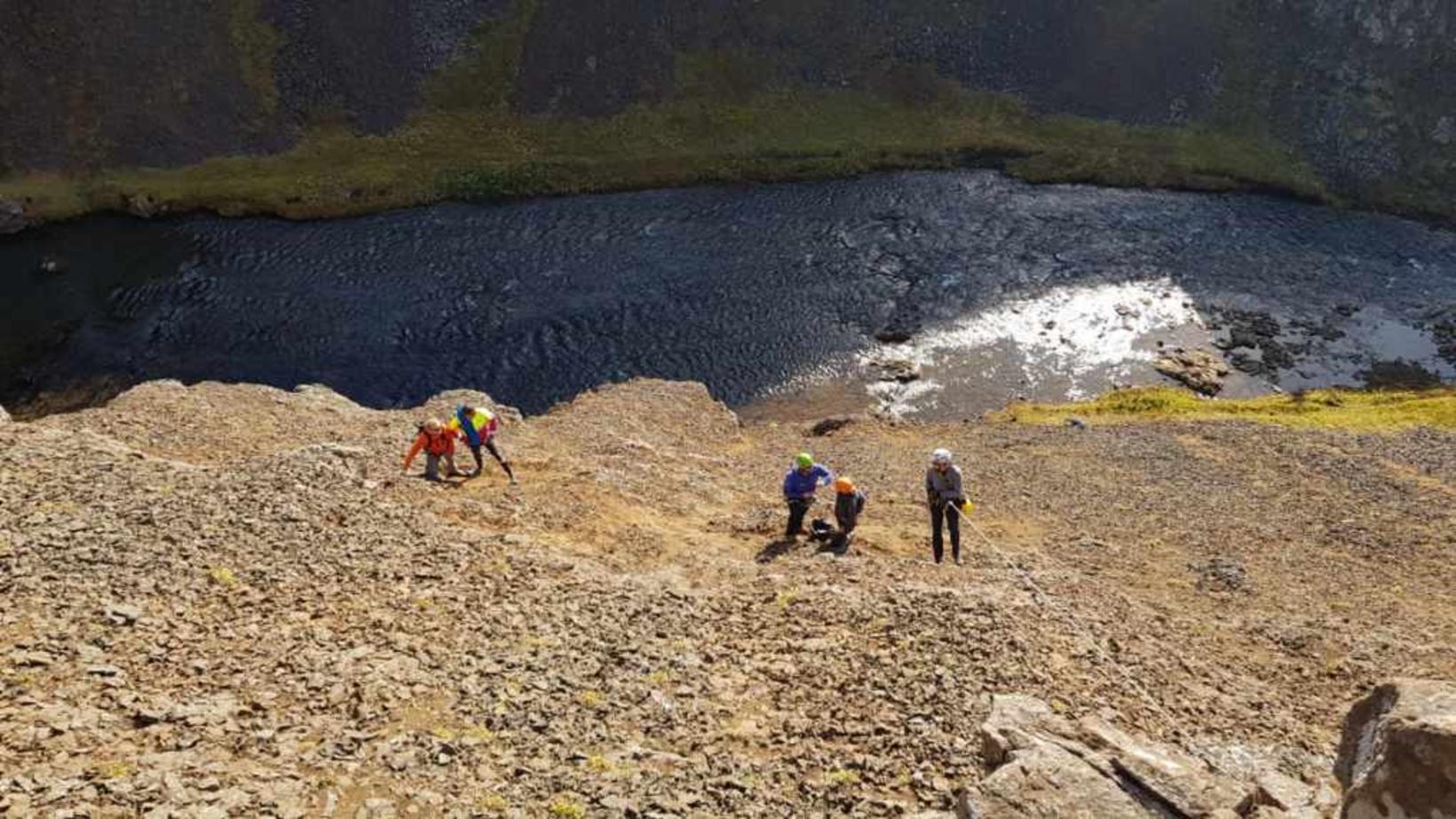 Using a rappel to ascend the mountain. Photo/ICE-SAR

Earlier in the day, rescue workers had to use a rappel to reach tourists trapped by Tröllafoss waterfall in Mosfellsdalur valley, Southwest Iceland.

The tourists were unharmed, but frightened. Rescue workers assisted them in getting down the steep mountain, after which they waded across a river, before reaching a trail that led to the parking lot. A river had to be crossed. Photo/ICE-SAR

Having completed this task, some of the rescue workers were called out to assist paramedics at Nesjavellir, Southwest Iceland, following a motorcycle accident.