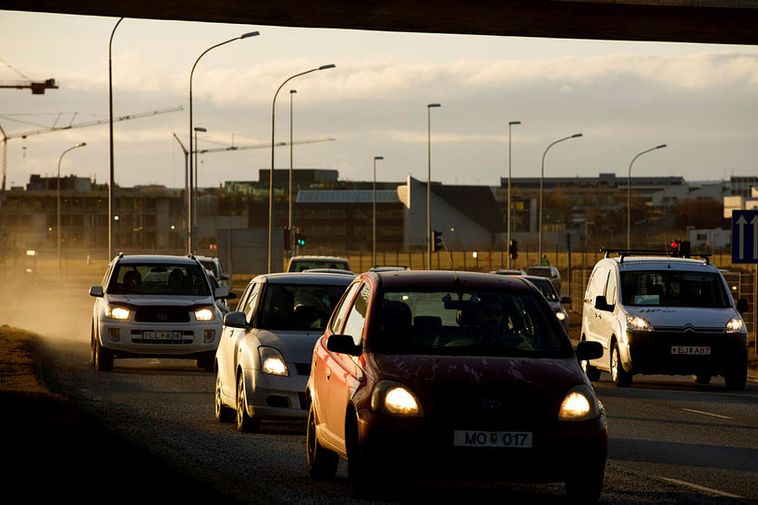 Foreign tourists increasingly travel around Iceland in rental cars – as much as 60 percent of them in 2018 - resulting in increased wear of Icelandic roads. Last year, they are believed to have driven as much as 660 million km (410 million mi) in the country, Morgunblaðið reports.

A new report, done by the travel service research/consulting RRF and published on the website of the Icelandic Road Administration, shows that the stress on the road system, caused by cars rented by foreign tourists, increased 6.6-fold from 2010 to 2018, when 1.3 million tourists traveled by rental car, up from 960,000 in 2016. The average distance traveled by this group by rental car was 1,562 km last year.

The report furthermore shows that in the winter months of 2018, it is estimated that the number of foreign tourists traveling by rental car was 15 times what it was during the same months in 2010.

Foreign tourists did an estimated 22 percent of all driving in private vehicles in Iceland in 2018, and their combined gas expenses are believed to have amounted to about ISK 10.6 billion (USD 85 million; EUR 77 million).

Finally, the report shows that by the end of last year, there were 252,000 registered passenger cars in Iceland, or 0.72 cars per person.