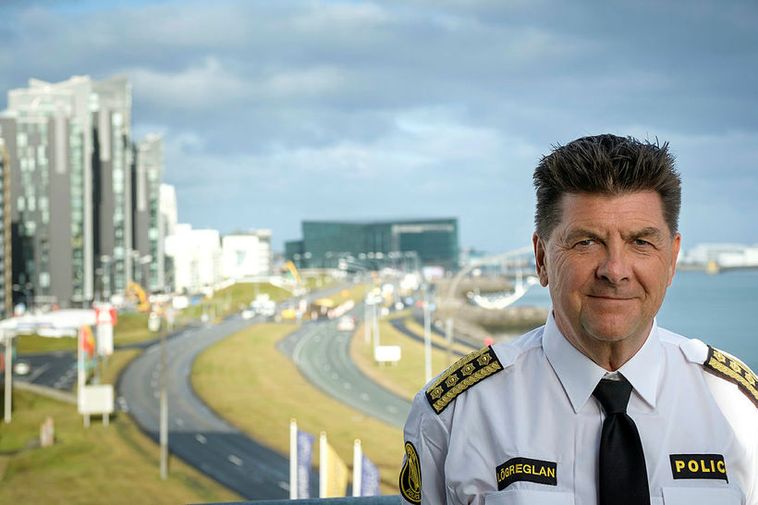 There is tension within the Icelandic police force these days. National Police Commissioner Haraldur Johannessen has been criticized by many police officers for his administrative methods, which have been called tyrannical, for issues regarding police uniforms and for the office’s vehicle center, the operation of which the Ministry of Justice decided to cease in July.

The association alleges that police departments have had to pay large amounts for the use of police vehicles and that there is discontent among the special forces of the police.

Minister of Justice Áslaug Arna Sigurbjörnsdóttir has announced that the possibility of an employment termination agreement with Haraldur is being considered.

Department heads within the office of the national police commissioner voiced their support of Haraldur in June and praised him for his work during more than two decades in office.

An interview with the national police commissioner, published in Morgunblaðið Saturday has intensified the debate.

In the interview, Haraldur alleges that criticism pointed at him is part of a systematic smear campaign, the aim of which is to drive him out of office after 22 years.

“In some instances, this involves employees who have been affected by the administrative power of the office of the national police commissioner,” Haraldur states in the interview. “Naturally, not all employees are happy with the occasional intervention of the head of the office regarding work methods and conduct of employees, and also with regard to appointments. Not everyone accepts the lack of progress and promotion.”

In the interview, Haraldur further states that there are way too many people in management positions within the police force, and he suggests merging some police departments to save costs. “I have also pointed out that corruption must not be tolerated within the police,” he notes.

Haraldur’s final remark in the interview has caused tension among police officers. He is asked if he has anything further to add and he responds, “That would be the subject of another interview if these accusations lead to an employment termination. That would call for another, more in-depth interview on what has been going on behind the scenes.”

Today, Morgunblaðið reports that Arinbjörn Snorrason, head of the Association of Reykjavík Police Officers and one of the critics of Haraldur, was in 2007 accused of misusing his position as duty officer for the Capital Area Police by having himself driven to Keflavík International Airport in a police vehicle at high speed, to avoid missing a flight for a personal trip. He was fined ISK 200.000.