Jellyfish Wait for Window to Open 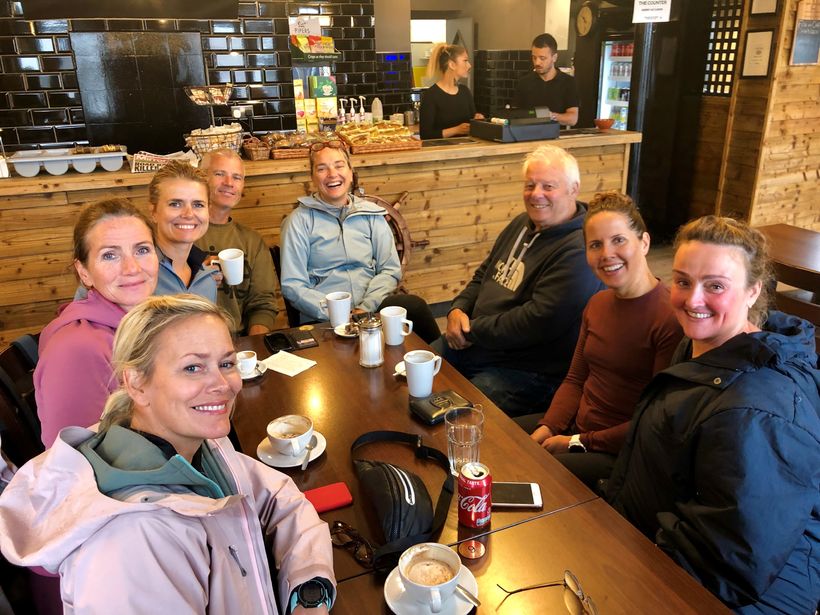 A group of Icelandic female swimmers, who call themselves Marglytturnar, meaning “the Jellyfish,” are hoping to be able to start their relay swim across the English Channel tonight.

Bad weather conditions in the Channel this summer have forced many swimmers to delay their plans, and that is true for Marglytturnar as well, who had hoped to be able to swim the distance last weekend. The window which now has opened appears more promising than the one over the weekend.

Their time is running out, for their permit to swim across the Channel expires September 10. Peter Reed, captain of Rowena, the boat to accompany them across, reports that there has only been one week of good weather in the area all summer.

Marglytturnar have been in Dover for a week, waiting for windy conditions, accompanied by high waves, to pass.

Swimming across the Channel is expected to take 16-18 hours, with each of the women swimming for an hour at a time. Two conditions must be met for the relay to take place: good weather and a favorable tide. They ’d have to start the swim just before high tide, which occurs twice a day, for that’s when the current is helpful to swimmers.

The planned route across the English Channel and the weather window below. Photo/Contributed

For optimal conditions, there must also be neap tide, which happens twice a month. Then the difference between high and low tide is the least.

Through the relay, Marglytturnar want to bring attention to plastic pollution in the ocean and to raise funds for Blái herinn – an environment organization famous for cleaning Icelandic beaches.