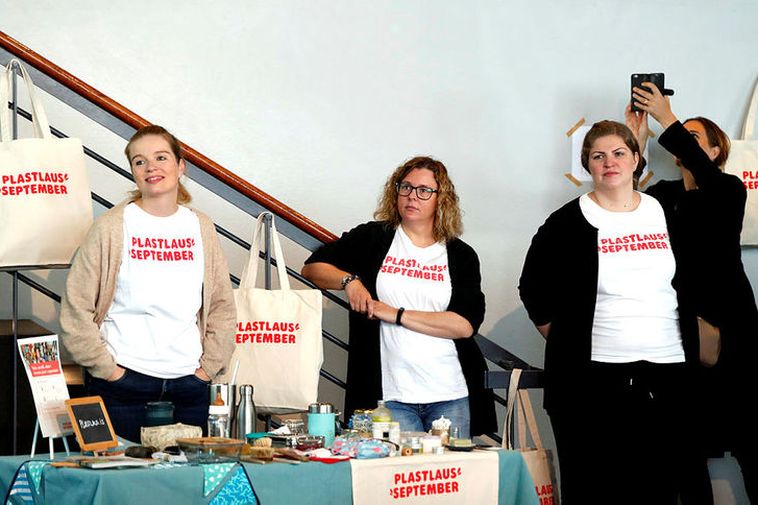 The initiative Plastic-Free September was launched in Iceland on Sunday, Morgunblaðið reports. It aims to bring people’s attention to how much plastic they use and dispose of in the environment, and it suggests ways to reduce its use.

The program was first launched two years ago, and its chairperson, Heiður Magný Herbertsdóttir, states that much has changed since then. “The emphasis, then, was on reducing the use of plastic bags. Now, two years later, their use has been greatly reduced, and almost all stores offer reusable bags.”

There are many signs of increased awareness regarding plastic use in Iceland this year. The country’s largest publishing house, Forlagið, recently announced it would no longer wrap its books in plastic, and people increasingly bring their own shopping bags to grocery stores. Numerous businesses have announced that they’re cutting plastic use, for example the grocery chain Nettó.

As of September 1, stores are no longer allowed to give customers free shopping bags, and as of January 1, 2021, shopping bags made of plastic will be entirely prohibited.

Plastic use can be cut substantially by refilling one’s reusable bottle with water, instead of purchasing bottled water. Toothpaste tablets are available, as are shampoo bars – both of which reduce plastic waste.

Some stores that sell meat, fish or even ice cream now allow customers to bring their own containers. That has been met with increasing interest.

People are also encouraged not to use plastic straws or plastic lids on their cups, when purchasing coffee or soft drinks. You can even bring your own fork and knife to cafés to avoid using plastic cutlery. Besides, there is plastic-free deodorant available, as are laundry tablets.

Much can be saved by using cloth diapers instead of disposable ones, and the same is true for razors made of steel, with replaceable blades, instead of plastic ones.