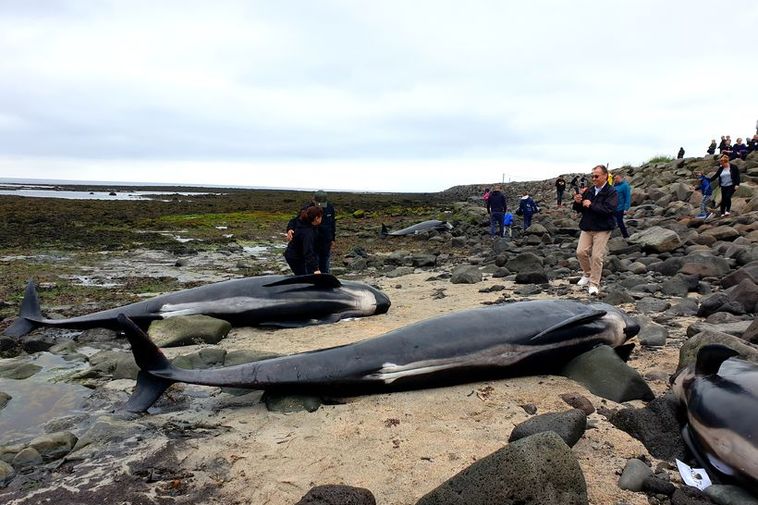 If you think beached pilot whales are a good source of meat, think again.

Following the beaching of a number of pilot whales in Iceland recently, MAST, the Icelandic Food and Veterinary Authority, has received numerous inquiries regarding whether pilot whale meat is safe to eat. As a result, MAST has posted a statement on its website, advising people not to consume more than one meal of pilot whale meat and fat per month. This is based on advice from the Faroe Islands. One meal is defined as 250 g (8.82 oz) of meat and 50 g (1.76 oz) of fat, raw and unprocessed.

Women who plan to become pregnant within three months, and those who are pregnant or lactating, should avoid the consumption of pilot whale meat altogether. Girls and women should avoid eating fat from pilot whales, as long as they wish to bear children in the future. The liver and kidneys of pilot whales should never be consumed.

In the Faroe Islands, there is a tradition for hunting pilot whales and utilizing the meat. Therefore, the Heilsufrøðiliga Starvsstovan - the islands’ equivalent of MAST - was consulted in this matter. In recent years, various research has been conducted regarding contaminants in food in the Faroe Islands and the impact of their consumption on health and development. Teams of international experts have reviewed the findings and revised recommendations regarding how much of these contaminants it is safe to consume.