Cruise Ship Pollutes as Much as Thousands of Cars 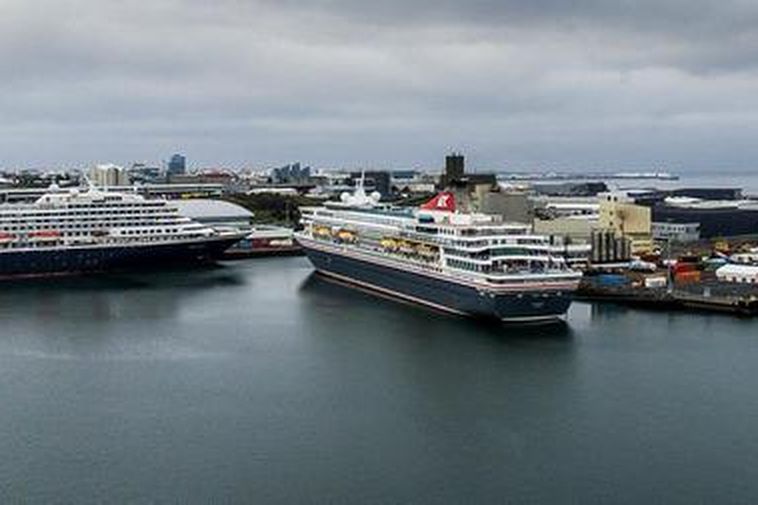 The sulfur emissions from cruise ships in Sundahöfn harbor in Reykjavík is comparable to that from 3,000 to 5,000 cars. This is the result of measurements done for Icelandic environment associations by Kåre Press-Kristensen, an environmental engineer from the Danish Ecological Council, visir.is reports.

He measured pollution from the cruise ship Queen Victoria in Sundahöfn harbor yesterday. Press-Kristensen works with High Seas Alliance, a partnership of organization, which supports a ban on vessels using heavy fuel oil – one of the world’s dirtiest oils - in the Arctic.

Measurements done at the same location in 2017 yielded a similar result. A total of more than 100 cruise ships are expected in harbor in Reykjavík this summer.

PM0.1 particulates are tiny soot particles, released from the ships’ engines – tiny enough to get deep into the lungs of people who breathe them in. Such particulates have been associated with various coronary and respiratory diseases.

Press-Kristensen states that his measurement was done at the edge of the pollution cloud, and that the pollution is much greater at its center. When wind direction and wind speed are unfavorable, such pollution can spread to inhabited areas.

He states that cruise ships are not equipped with pollution filters or exhaust purification systems.

When the ships leave harbor, they burn heavy fuel oil, he states. Not only does it create air pollution, but also the risk of an oil spill, which would be impossible to clean in the Arctic.

“Such dirty fuel should not be used on ships without any pollution controls. They could use cleaner fuel, and the time has come for the shipping industry to adjust to modern times,” Press-Kristensen states. He would like to see ships connect to electricity when they’re in harbor in Iceland.

Árni Finnsson, CEO of Iceland Nature Conservation Association, believes, based on the findings, that the amount of pollution from cruise ships is no less in other Icelandic harbors, such as in Seyðisfjörður, Akureyri and Ísafjörður.

He would like to see Iceland use its chairmanship on the Arctic Council for the next couple of years to gather support for a ban on the use of heavy fuel oil in the Arctic. He points out that the soot released from the combustion of such oil accumulates on ice and glaciers in the Arctic, where it absorbs sunlight and accelerates the melting of ice, already occurring as a result of a warming climate.