Quarter of Reykjanesbær Population from Abroad 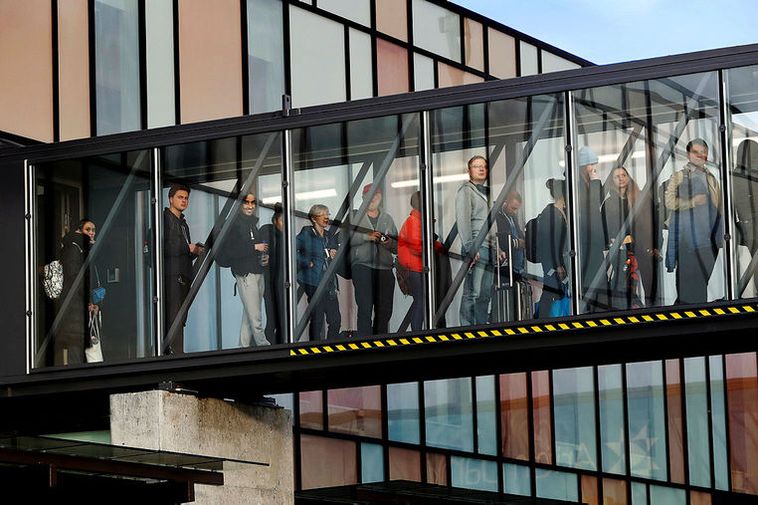 The ratio of foreign citizens residing in Reykjanesbær, Southwest Iceland, is the highest it’s ever been, or about 26 percent, Morgunblaðið reports. The total population of Reykjanesbær is about 19,300, and of those, nearly 5,000 are of foreign descent. By contrast, foreign citizens residing in the municipality were 1,250 in 2011, or 9 percent of the total population. In eight years, their numbers have quadrupled.

Reykjanesbær Mayor Kjartan Már Kjartansson reports that the influx of foreign citizens has slowed down in recent months. “We’ve experienced an immense increase in population, above and beyond what can be considered normal. We notice that this year, the rate of increase has slowed down a bit, which is fine.” He admits that the municipality needs time to catch up with the rapid increase.

“About 26 percent of the residents come from abroad, and we know that to a large extent, these are people who are in the country temporarily, for employment purposes.” He notes there are two types of residents from abroad: those who have children and intend to stay several years, and younger people who come for a limited time. “They are workers who come, and then they leave when the work session in over.”

When asked about the local schools, he responds that the situation looks good there. “We don’t have a large increase in student numbers in grade schools or preschools.”

The year 2017 saw a major expansion in the Icelandic travel industry, causing businesses to hire more foreign labor than ever. During the time period from 2012 till now, the number of foreign citizens moving to Iceland exceeded that of those who moved away by 28,000, Morgunblaðið reports. Since the year 2,000, that number is close to 47,000. This influx of foreign citizens contributes in large part to the population increase in Iceland since 2000 – during which time the population went from 279,049 in 2000 to 360,390 by the end of this year’s second quarter.