The new ferry Herjólfur IV sailed for the first time with passengers  from Vestmannaeyjar islands last night. The ferry left Heymaey island at 7:30 pm, with close to 500 passengers on board, headed for Landeyjahöfn harbor. 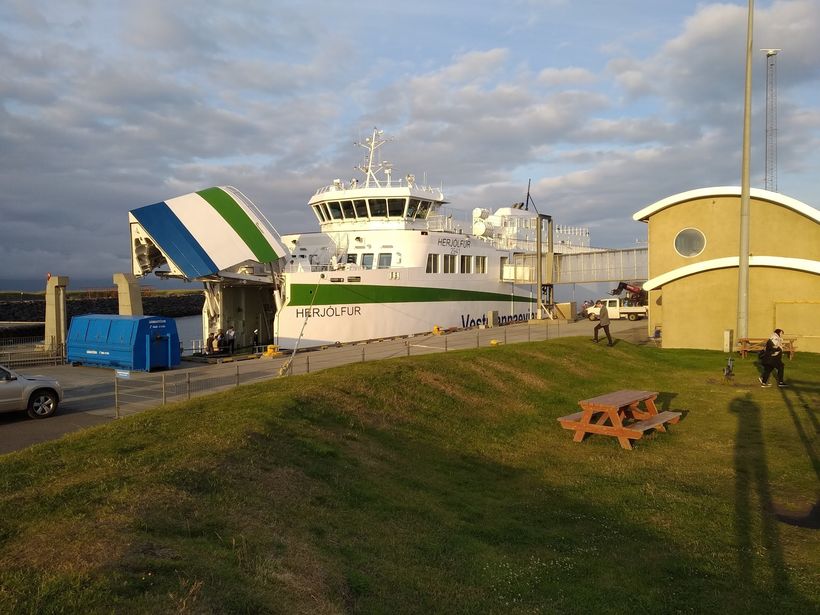 “The weather is good, and the sun shines on the islands,” Guðbjartur Ellert Jónsson, CEO of Herjólfur ohf, told mbl.is . “Everything is as good as can be.” 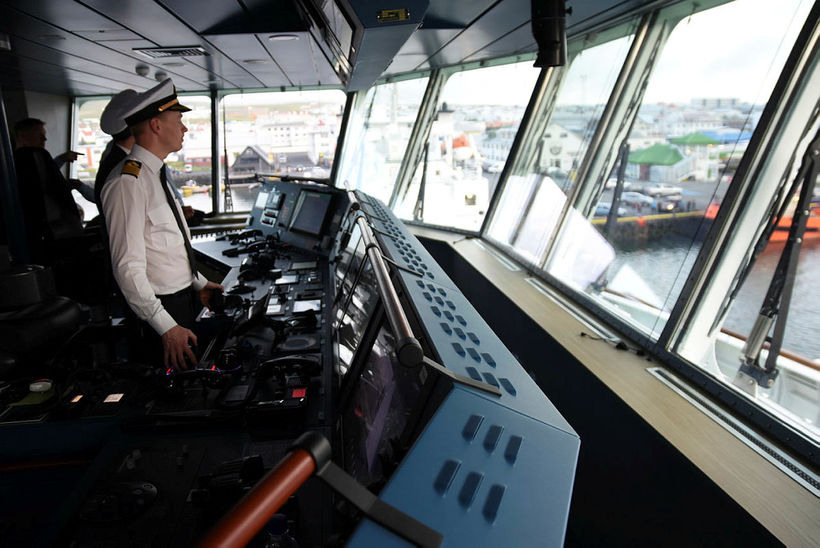 “Things have gone very well,” he added. “We have close to 500 passengers and 55 vehicles, and plenty of room remains on board the ferry … The passengers I have spoken with are delighted.” 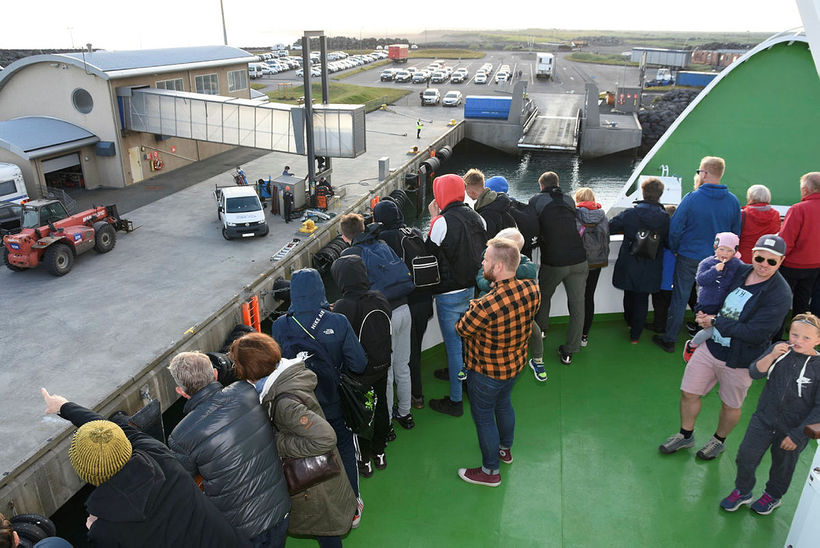 The ferry has three captains: Ívar Torfason, Gísli Valur Gíslason and Sigmar Logi Hinriksson. They, along with other crewmembers, have been testing the ferry in recent weeks. It was delivered from Poland, where it was built, on June 14. 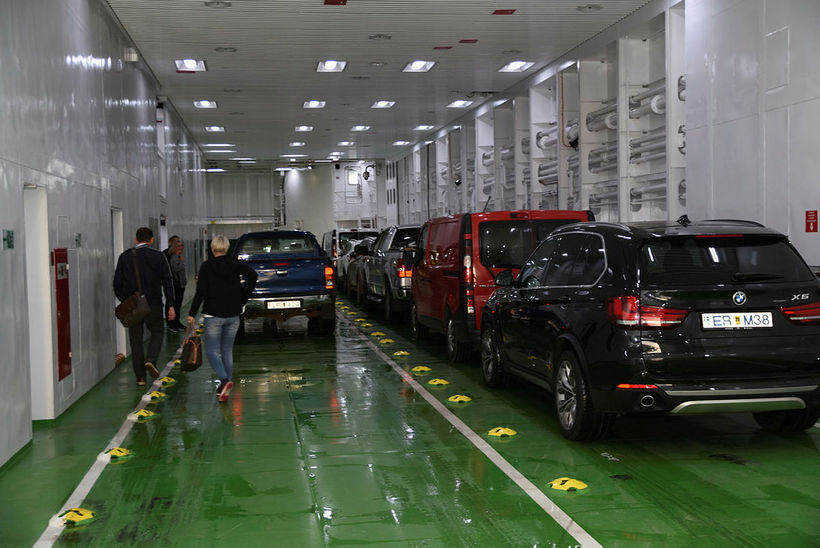 “We’ve been sailing back and forth, and the crew of Herjólfur is terrific,” Guðbjartur stated. “We’ve gone through every detail. Although this is new to everyone, the crew is well trained.” 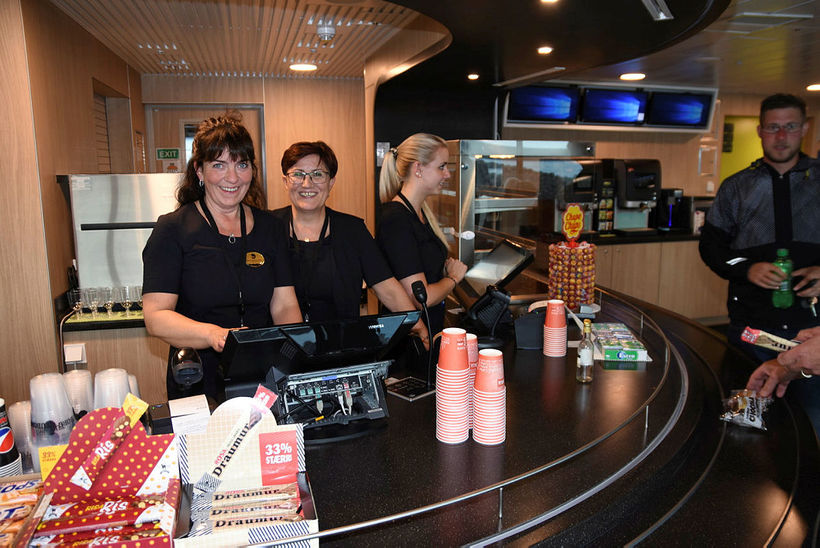 The new ferry runs on electricity, and it can sail in shallower waters than the old one, making it easier for it to sail to Landeyjahöfn harbor than was for its predecessor. The ferry ride to Landeyjahöfn, located about 80 km (50 mi) east of Þorlákshöfn, is only half an hour, compared to a three-hour ride from Þorlákshöfn harbor.