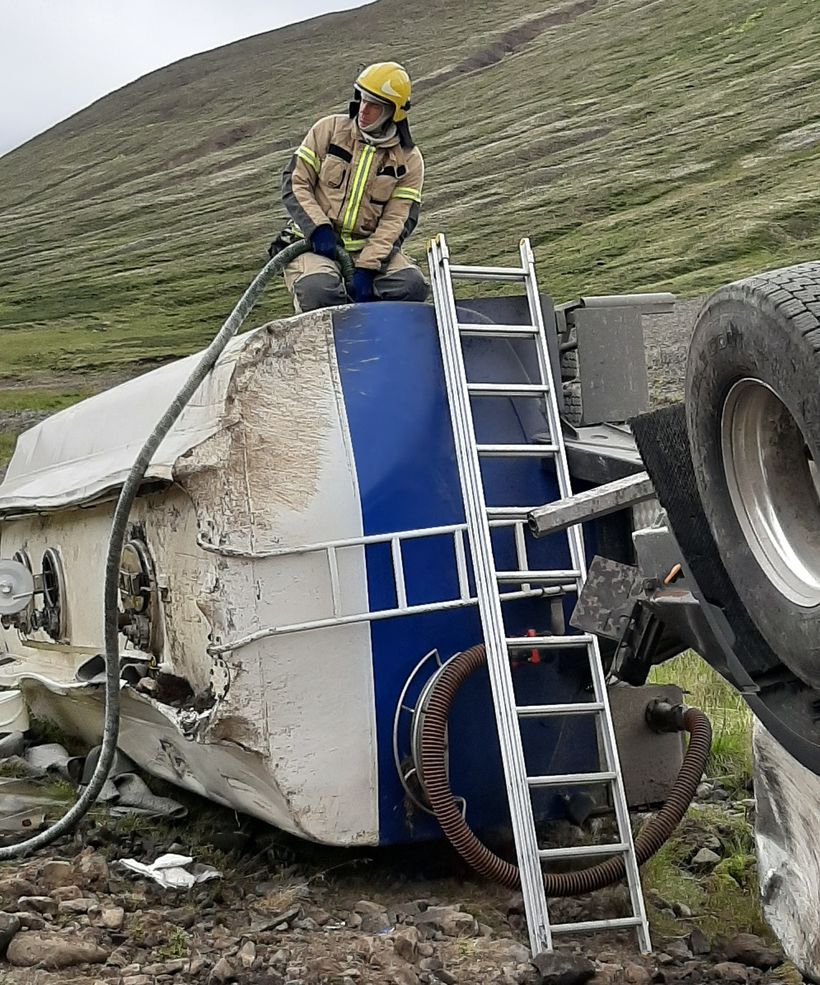 Oil being pumped from the tank truck. Photo/Contributed

About 8,000 liters (2,100 gallons) of marine fuel oil spilled in Öxnadalsheiði mountain pass yesterday, when a tank truck rolled over, mbl.is reports. The accident happened a short distance west of Grjótá river, just before noon, forcing an almost six-hour-long closure of the road, which connects Akureyri and Skagafjörður fjord in North Iceland. 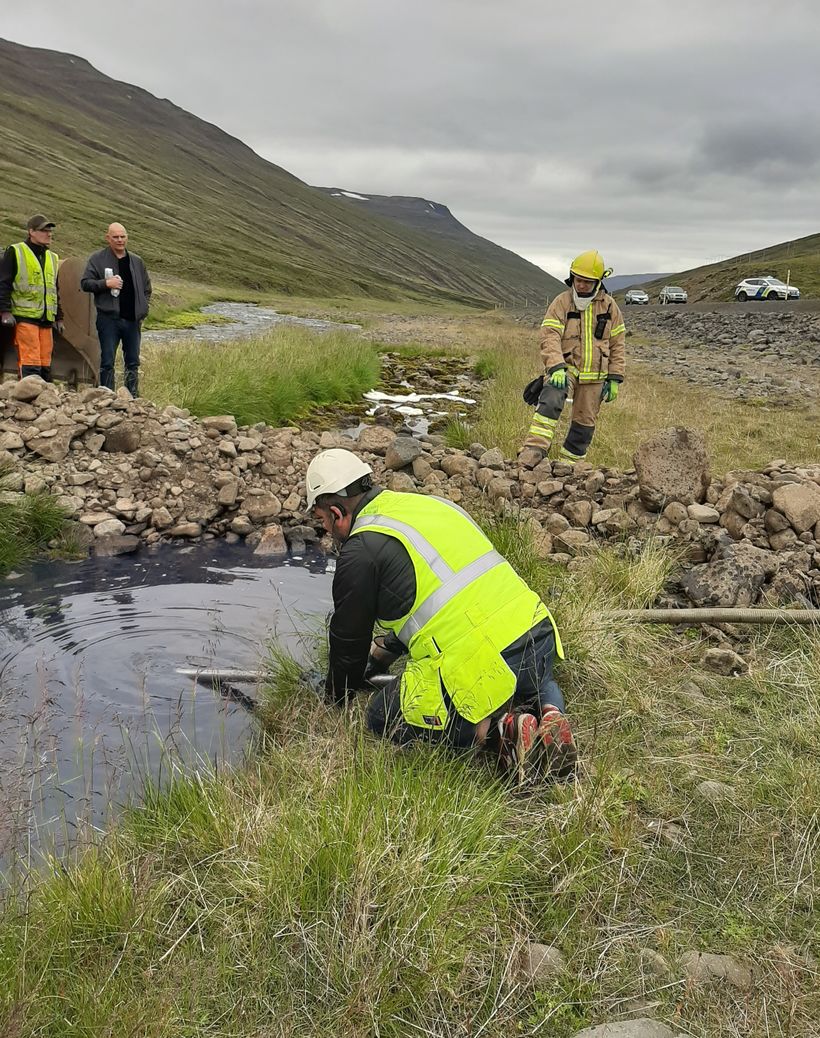 Farmers and construction workers built a dam to limit contamination of the river. Photo/Contributed

The tank truck was carrying 30,000 liters of marine fuel oil. The driver was transported by ambulance to Akureyri Hospital. According to RÚV , he is not critically injured, but suffered bone fractures. 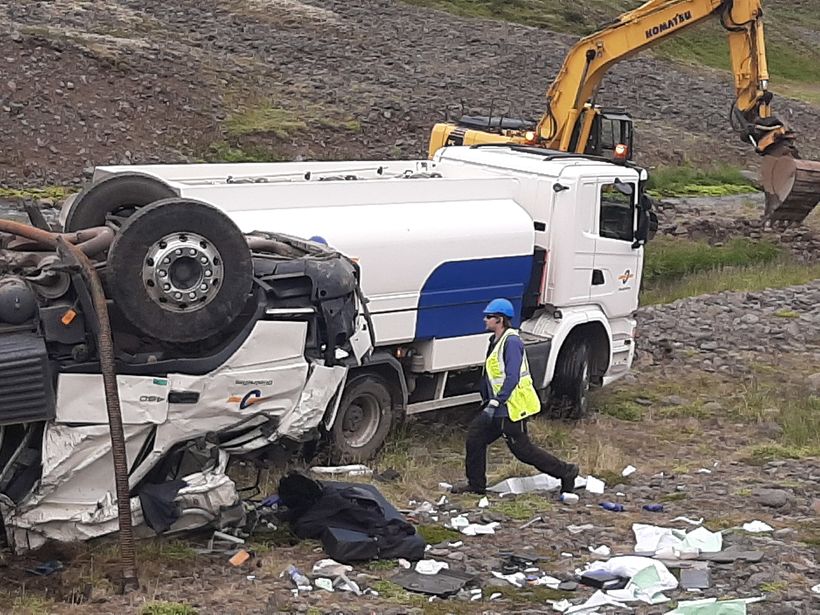 According to Fréttablaðið , road construction workers, who were working nearby, reacted swiftly, using a wheel loader to create a dam, thereby blocking much of the oil from flowing into a nearby river, called Heiðará, which flows westward, into Norðurá river. The accident did not occur in a water protection area, so the oil did not contaminate drinking water. 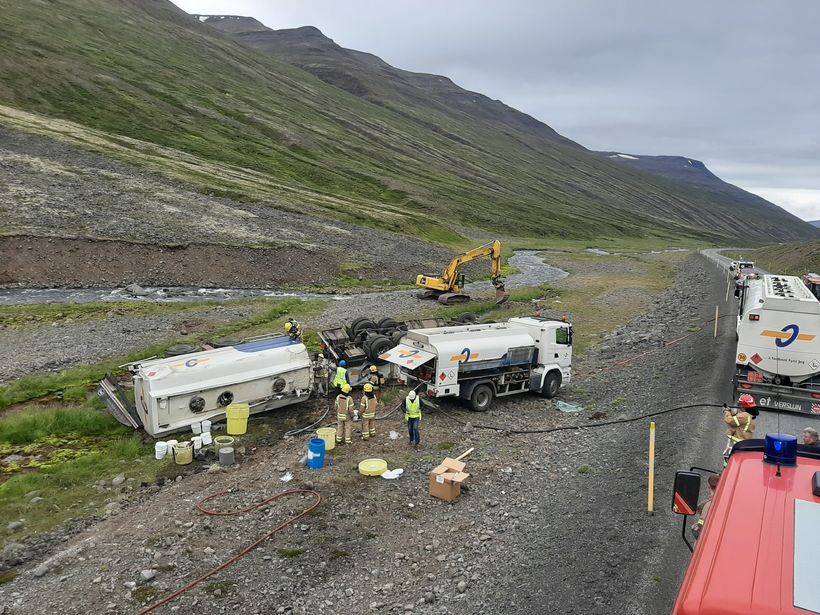 The site of the accident. Photo/Contributed

Two fire tanker trucks from Akureyri and Sauðárkrókur were used for pumping oil from the tank truck and for cleaning the road.

During the road closure, there was traffic congestion on the detour route, especially through the tunnels from Ólafsfjörður to Siglufjörður. 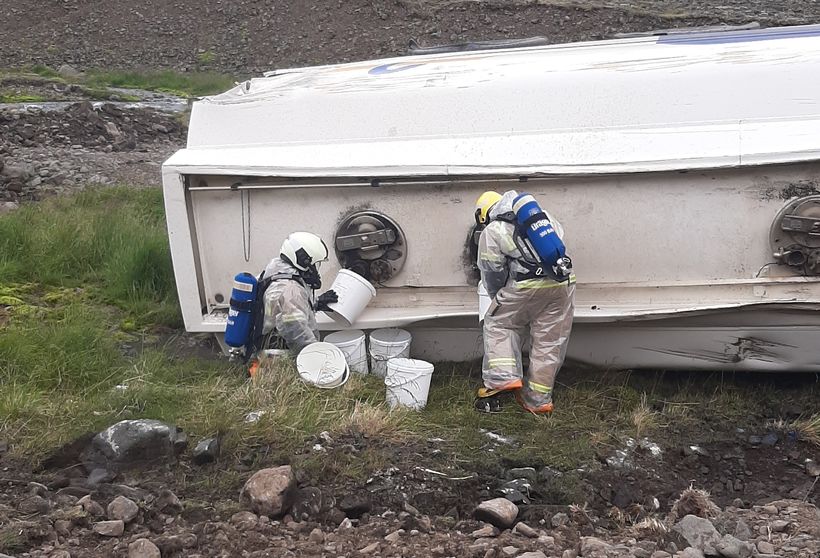 Specialists working on removing oil from the tank. Photo/Contributed