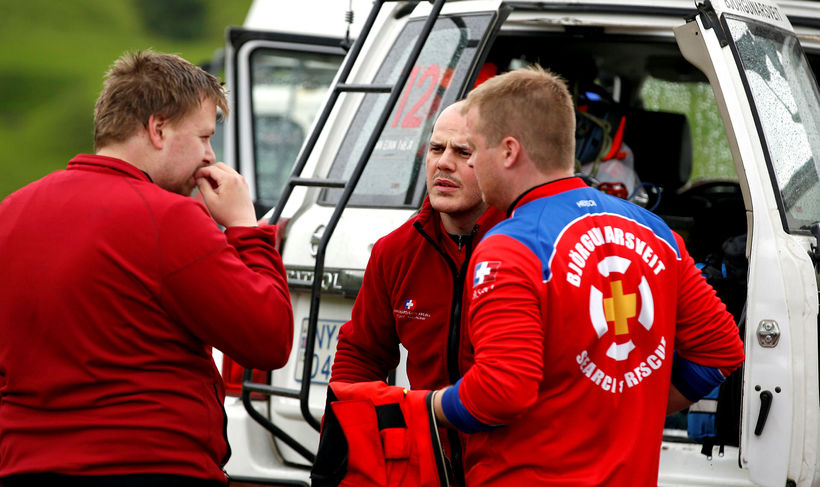 The weekend was busy for rescue workers in South Iceland. A woman was transported by helicopter after falling ill, and a missing couple was found in the highlands with the use of sound localization.

The Icelandic Coast Guard Helicopter picked up a woman early this morning, who had become ill during a horse-riding tour near Seljalandsfoss, mbl.is reports.  According to the South Iceland Police, a call for aid was received around midnight. A team of rescue workers was called out at 00:30, once the location of the group had been determined. The group of riders was by the river Írá on Núpsheiði hill near Eyjafjöll mountains.

Rescue workers and paramedics hiked up the ravine to where the group was located. There, it was determined that the woman would have to be transported by helicopter, due to her condition. She was brought by helicopter to Landspítali National University Hospital in Reykjavík around 4 am. No information regarding her condition is available.

On Saturday , at 9 pm, all rescue teams in Árnessýsla county, Southwest Iceland, were called out to search for a missing Belgian couple in their 40s, who had been hiking on Kjalvegur road in the highlands. Their sons, who had been hiking with them, asked for help searching for them when they arrived in Gíslaskáli hut. Their parents had intended to take a detour on their way to the hut, but got lost in fog.

Rescue workers located them shortly after midnight, Sunday morning. They were very grateful, states Viðar Arason, one of the people who directed the operation.

Rescue workers drove to the area. “They had the sirens and lights on the whole time, which is how we managed to help the people give us their location. They heard the sirens and saw the lights and notified the emergency line [112],” Viðar explains. 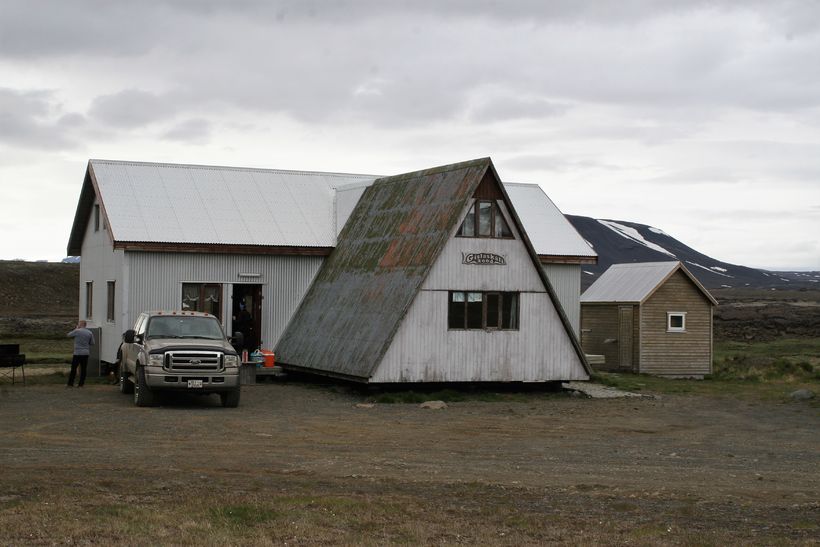 “We found them through sound localization; this is what we call sound localization . They called the emergency line a few times, and there were some language barriers, but we could approximately determine their location,” he adds. They were told to stay put, which is what they did.

A few hours later, a rescue vehicle drove up to them and took them to Gíslaskáli hut. “They were very grateful and regretted having had to call for help, for they’re used to hiking. But they did the right thing, for else, they would have walked in circles forever,” Viðar explains.

Rescue teams were back at their base around 5 am.

In order to stay safe in the highlands, please leave a travel plan with safetravel.is .