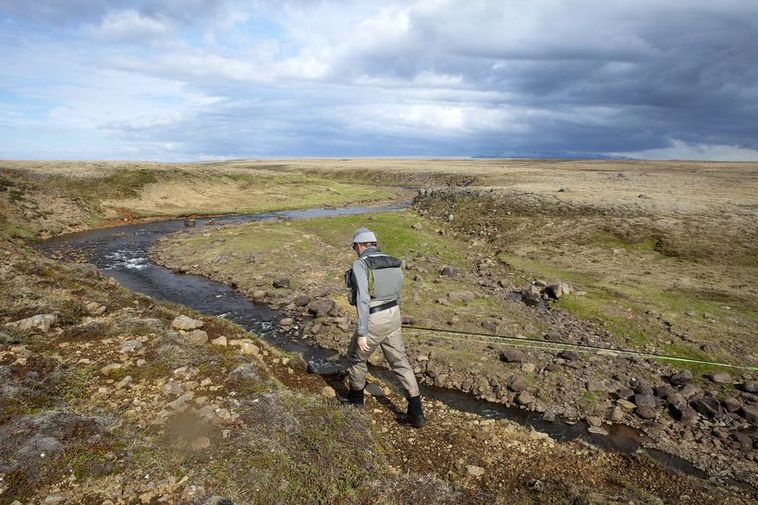 “There is no water in the river. I’ve never seen it like this,” states Þórður Þorsteinsson, who works as a guide by Kjarrá/Þverá river in West Iceland.

Drought in recent weeks has affected rivers in West Iceland. Salmon catch in rivers in Borgarfjörður that already opened to salmon fishing, is at a historic low, Morgunblaðið reports. The low water level is causing people worry. The day Norðurá river in Borgarfjörður opened to salmon fishing on June 4, seven fish were caught, and since then, not a single salmon has been caught.

The situation in Kjarrá/Þverá river is similar. Þórður states that the situation is unprecedented. When the river opened to salmon fishing on June 8, one salmon was caught. Since then, some trout has been caught, but no salmon.

The trouble this year is that spring thaw occurred early, which means that during drought, such as now, meltwater can’t be counted on to replenish the rivers. In an average year, there is still plenty of meltwater in May and even June.

Even if it rained soon, the soil surrounding the rivers will first have to absorb considerable water before the rivers start benefitting from the precipitation. There is no rain in the forecast this week or the next.

When the water level in the rivers is this low, the salmon tends to stay in the rivers’ deepest pockets, which contain limited oxygen, showing little interest in the fishermen’s flies. Most of this fish swam upstream in May, because it can’t be done now, during the drought.

“This is a disastrous situation,” Þórður remarks, “The fish can’t make it upstream.”