A beached whale was reported to police in Reykjavík yesterday afternoon, according to mbl.is . At first, the whale was seen floating about 300 m from shore. It subsequently drifted to the shore, where it now lies on the beach in the western part of the city, near the intersection of Eiðsgrandi and Rekagrandi roads. It is now clear that this is a minke whale.

The carcass has a foul smell, and the Reykjavík Public Health Authority is looking for ways to remove it from the shore. 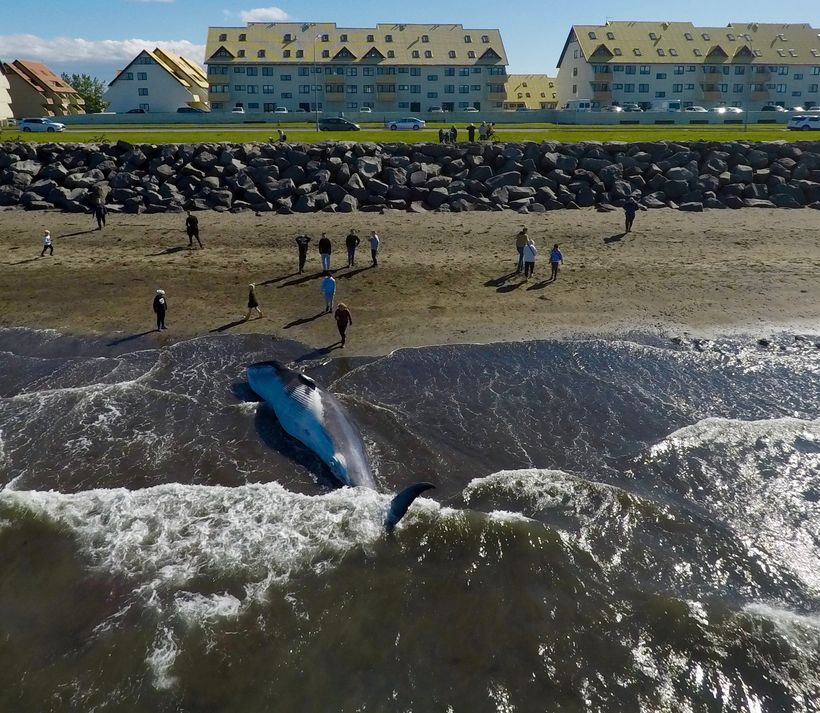 The beached minke whale has attracted a lot of attention. mbl.is/Hallur Már

Earlier yesterday, a capsized sailboat was reported in Hvalfjörður fjord. The Icelandic Coast Guard helicopter was immediately sent to the scene. What it found was a dead whale, white belly up. It is likely the same whale as now lies on the beach of Reykjavík. 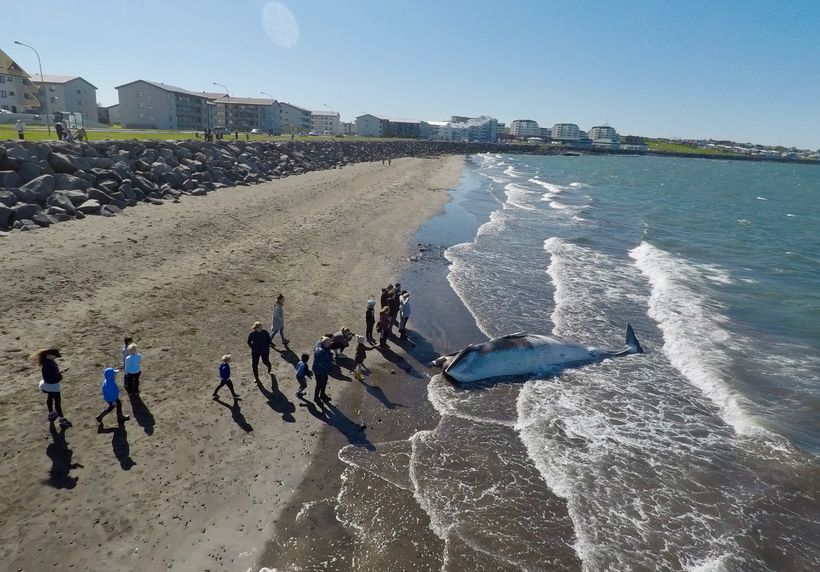 Passers-by take a look at the carcass. mbl.is/Hallur Már