‘You Need a Lot of Muscle Power to Control This!’ 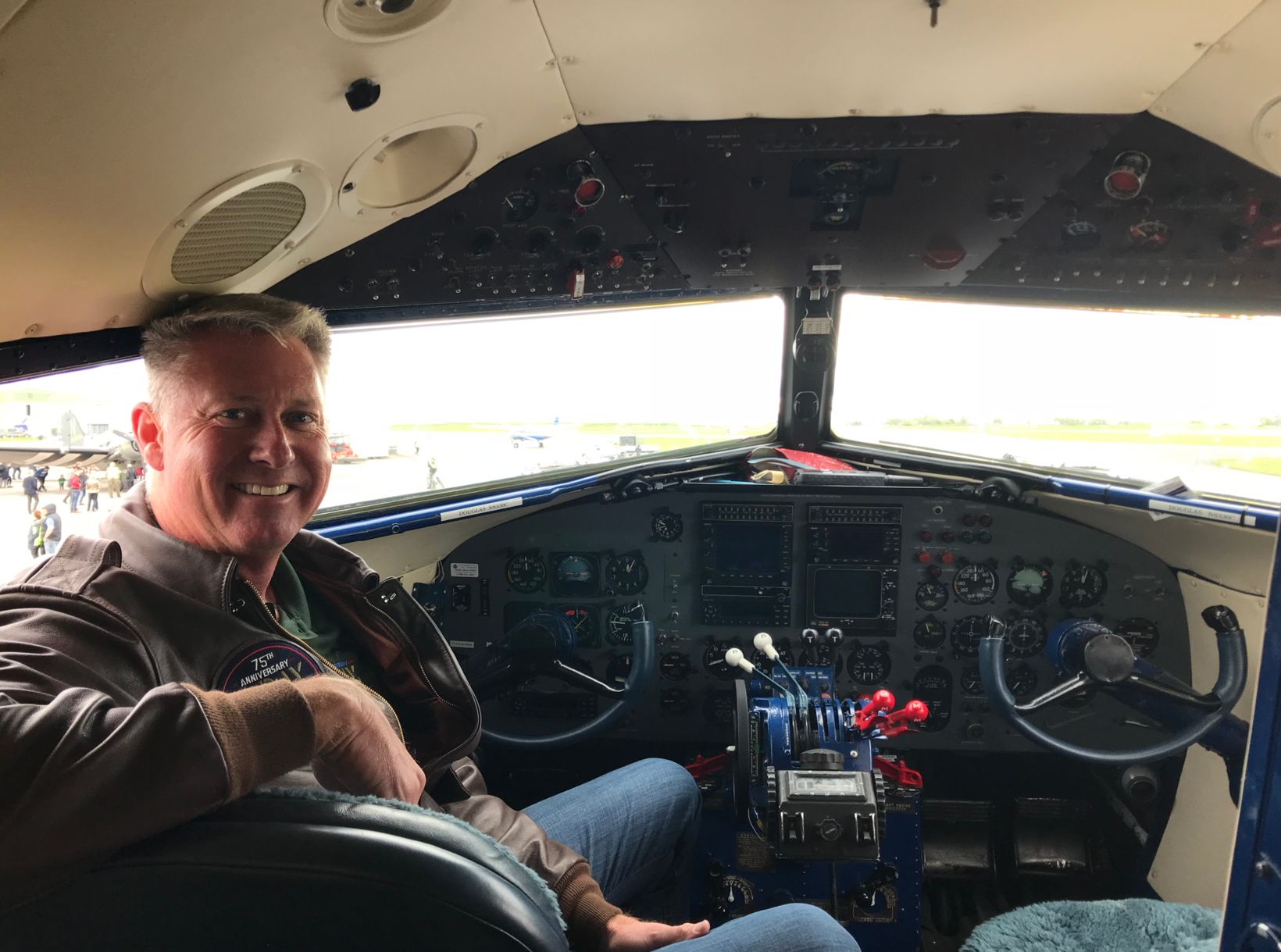 Captain Jeff Coffman in the cockpit of The Spirit of Benovia. Vala Hafstað

Long lines formed when five DC-3 aircraft were on display at Reykjavík Airport last night. Guests were invited to view two of them from the inside.  The planes, part of a mission called D-Day Squadron , are some of the 15 DC-3 aircraft flying from Oxford, Connecticut, to Normandy, France, where they will take part in a ceremony June 6th, commemorating the Allied invasion of Normandy 75 years ago. 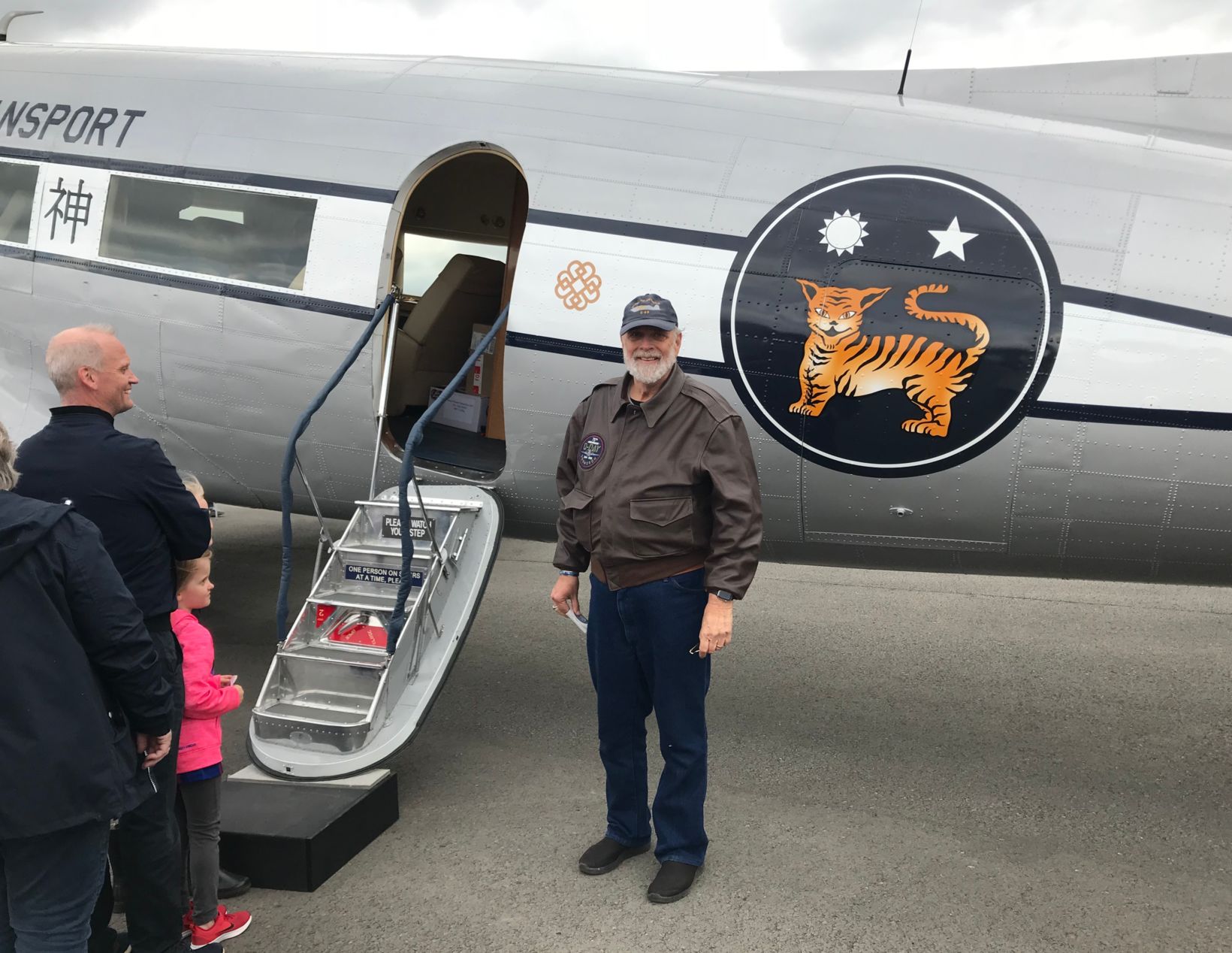 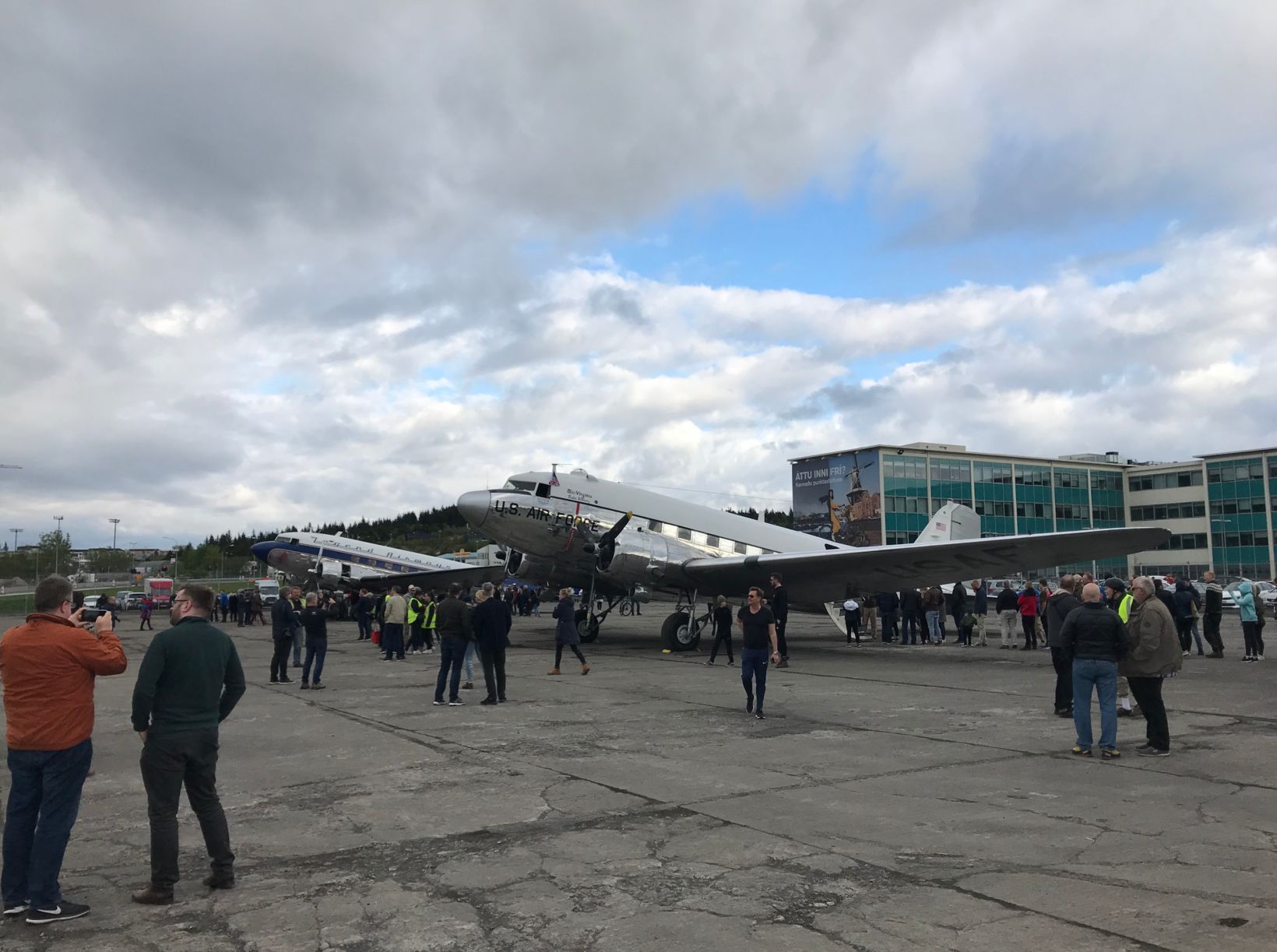 Two of the DC-3/C-47 aircraft at Reykjavík Airport. Vala Hafstað

Anderson and the crew have just landed on Reykjavík Airport when the journalist arrives. He proudly stands by the plane to let people in with a big smile. Inside the plane, there are 13 comfortable leather seats.  In the cockpit is Captain Jeff Coffman. He reports the flight from Greenland went well. “We had some weather issues, since we could only fly at 12,000 ft, but other than that, it went well,” he states. 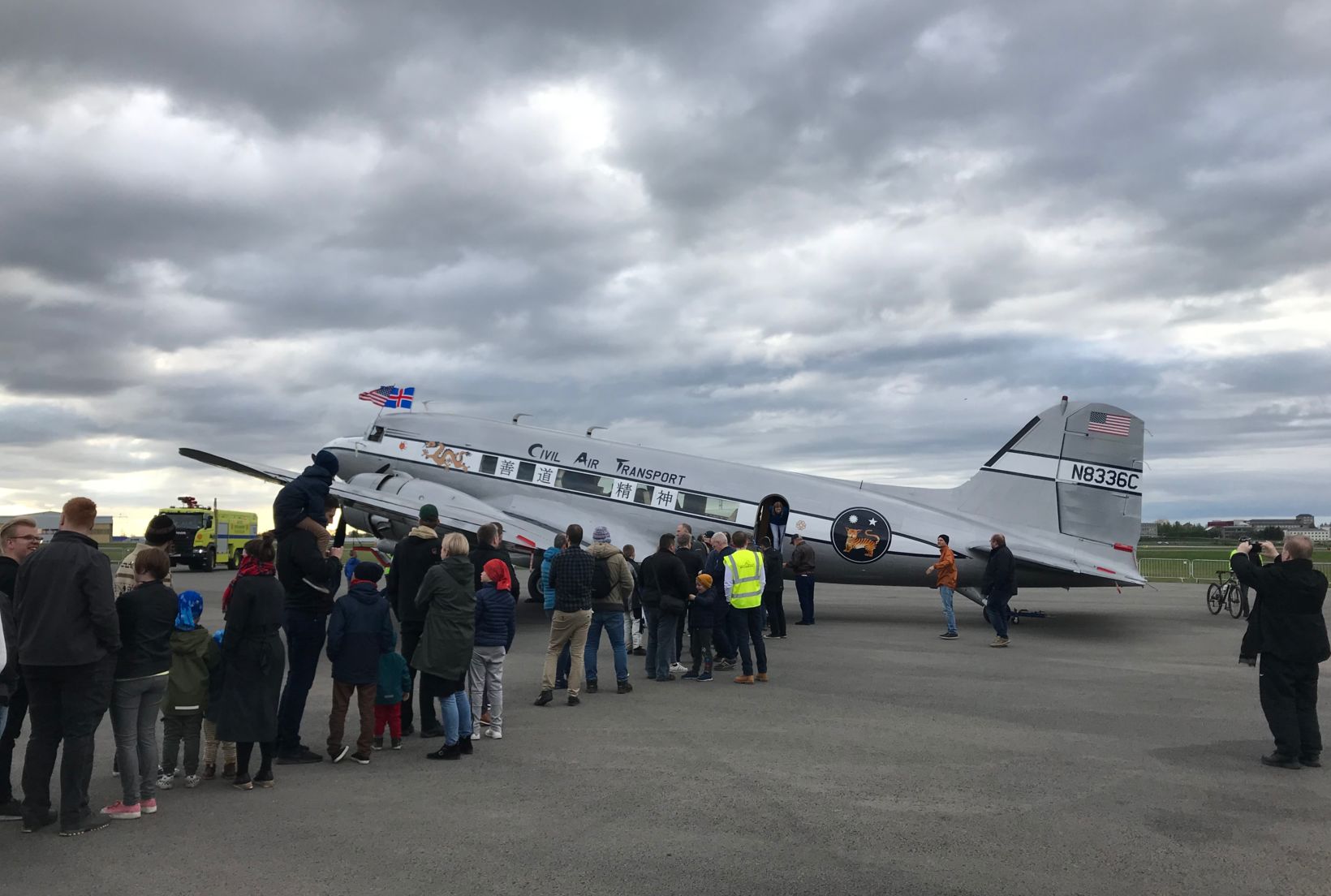 The Spirit of Benovia at Reykjavík Airport. Vala Hafstað

From Oxford, CT, all the planes flew to Goose Bay in Canada. Some of the planes were still delayed there yesterday, he reports, due to weather, but he expects them to be able to arrive in Iceland today.

“The other four refueled in Narsarsuaq, but I decided to go instead north to Søndre Strømfjord. The flight from there took five hours and five minutes.” 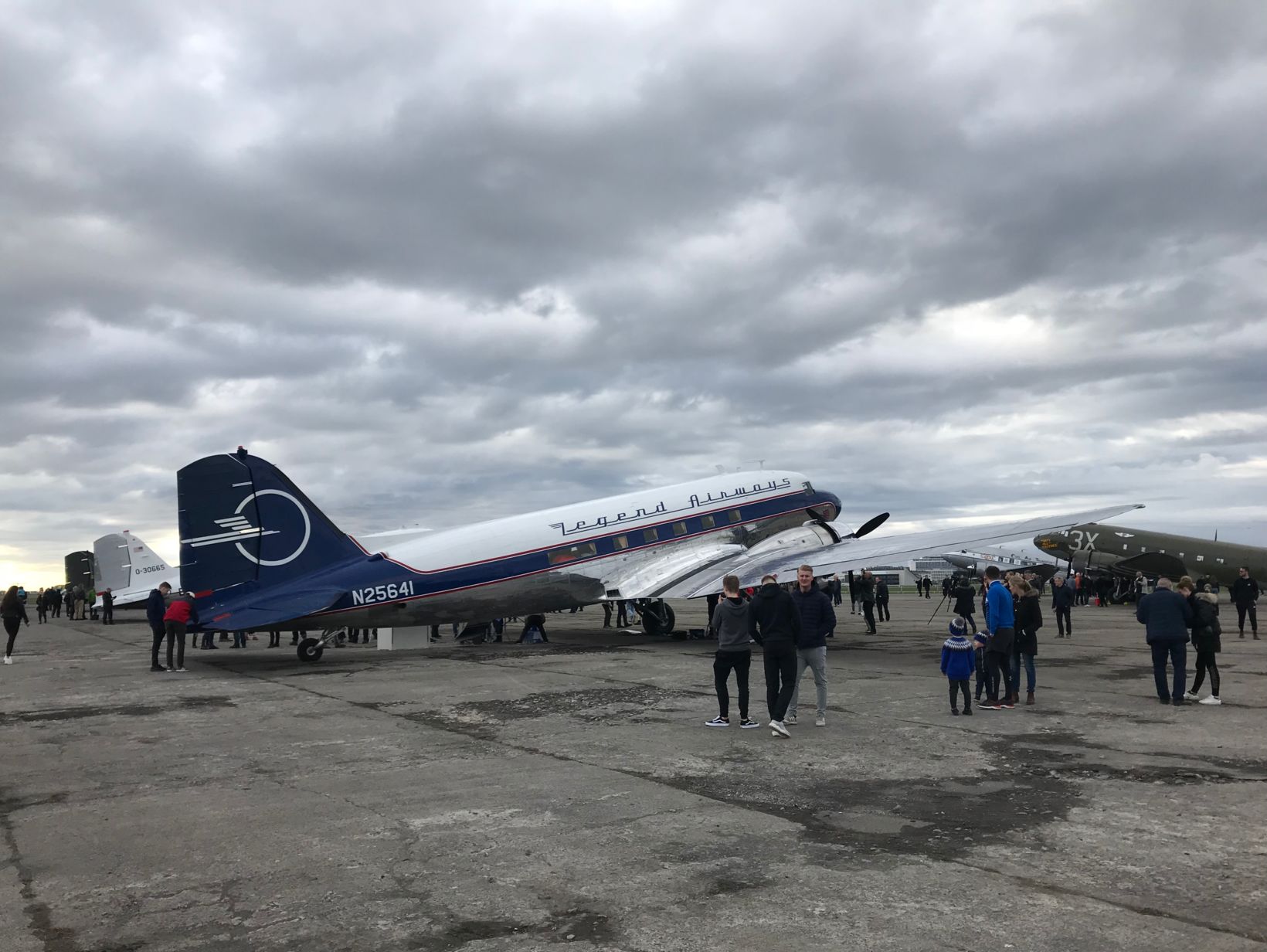 When asked about the most challenging part of flying the plane, Coffman responds, “You must understand the old systems and how to care for the aircraft.”

The plane has a long history. It was accepted in May of 1942 and delivered June 29, 1942. Its first flight was on July 1, 1942.  According to benovia.com , it flew over the Himalayas to support the Allied Forces against Japan during World War II. After World War II it was sold to the Civil Air Transport in Taiwan and helped transport Chinese Nationalists from China to Taiwan following the Communists’ takeover. The plane continued to fly covert missions against the Communists in Southeast Asia, as part of the CIA’s Air America.

But what’s the most exciting part about flying the Skytrooper? At the question, Coffman beams and responds, “The adventure and the views. We had some amazing views - we flew right along the ice cap - and of course the nice reception, the wonderful people.”

Clearly, flying such a plane is no easy task. Coffman points at the controls and remarks, “You need a lot of muscle power to control this!” Quite different from the cockpits he normally works in - those of Cessna Citation and Gulfstream.

From here, Captain Coffman will fly to Dublin tomorrow and from there to Duxford, a village north of London. Another 15 aircraft from Europe will join the ones that come from the US before they cross the English Channel to Normandy to join the celebrations on June 6.

Coffman smiles broadly during the whole interview, delighted to be part of this unique mission. 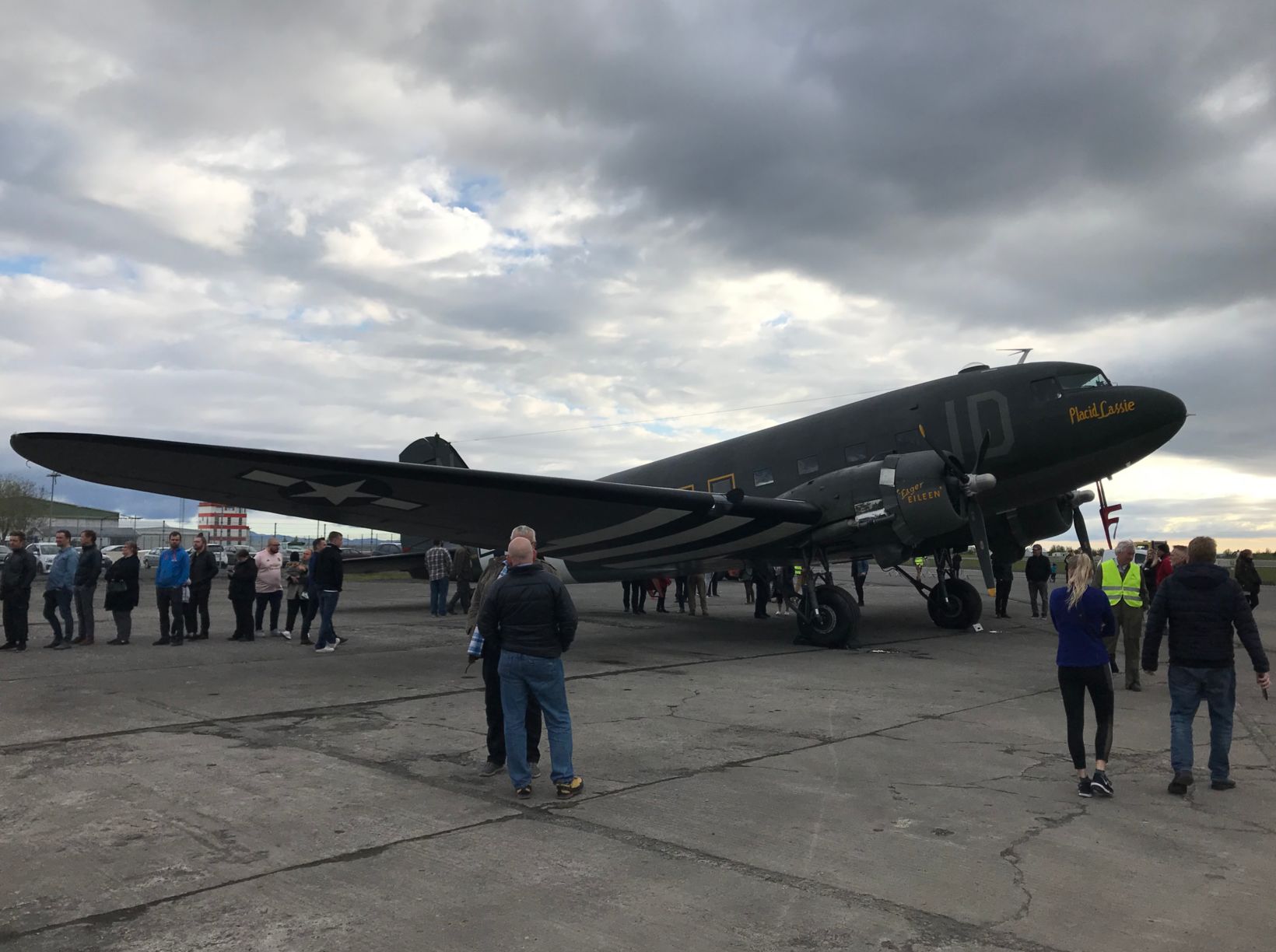 One of the DC-3/C-47 aircraft at Reykjavík Airport. Vala Hafstað

Five of the aircraft coming to Reykjavík took part in the Invasion of Normandy 75 years ago. You can read more about the mission in a previous Iceland Monitor article here .

Anderson’s father and two of his uncles served in combat in World War II. “It’s important to us to honor everyone who fought for our freedom. This will be a poignant celebration as there are still surviving soldiers who will be able to join us,” he states on his website .