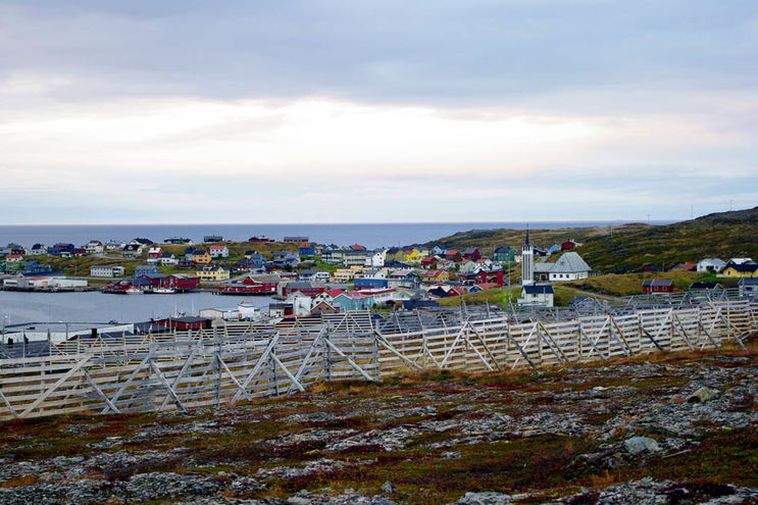 A forty-year-old Icelandic fisherman was shot to death in the village Mehamn in Finnmark county, North Norway, Saturday morning, Morgunblaðið reports. Two men were subsequently arrested by police. Both of them are Icelandic fishermen. One of them, the victim’s 35-year-old half-brother, is suspected of murder. The other one, 32 years old, is believed to be accessory to the crime, but he has denied involvement. The two men will not be interrogated until Wednesday.

They will be brought before a judge in Vadsø tonight, where a four-week custody period in solitary confinement will be requested for one of the suspects, a one-week custody for the other one.

The man suspected of murder has not yet been interrogated, because he has refused to answer questions.

An autopsy will be performed on the victim in Tromsø. Specialists from the Norwegian detective force are assisting the Finnmark county police which the investigation.

Around 4:30 local time on Saturday morning, police were alerted that a man had been shot outside a residential house. Police officers found him severely wounded when they arrived, and resuscitation efforts were unsuccessful. Shortly after 9 am, police were notified of a vehicle, stuck in a ditch in a nearby village. The suspects are believed to have driven that car.  They were arrested without offering resistance.

A statement from the police notes that the suspect had previously threatened the victim and that those threats had been investigated by the police. As a result, a restraining order was issued against the suspect on April 17.

Before the arrest, the suspect posted at statement on Facebook in which he appears to admit to having killed his brother and mentions a terrible crime, which will haunt him for the rest of his life, but that this was not his intention, he did not mean to fire. In the post, he asks his family’s forgiveness.

The deceased lived in Mehamn. He is survived by his fiancée and two foster children.

Mehamn has a population of almost 800 people. This fishing village is the northernmost inhabited area of Norway and among its poorest.

Mayor Trond-Einar Olaussen states that this is a tragedy in a community where everyone knows everyone else. He encourages residents to comfort one another. Crisis counseling was offered to those who requested it.

About 30 Icelanders live in Mehamn and Gamvik, a nearby village. The Icelandic population is the result of the fact that in the wake of the financial crisis in 2008, two Icelanders from the West Fjords moved to Gamvik where they established a fishery and a fish processing business. Subsequently, several Icelanders moved to Gamvik to work, both at sea and on land, for the company, now called Gamvik Seafood. More Icelanders followed, this time to Mehamn.

“Everyone in Mehamn is in a state of shock,” states Sigurður Hjaltested, fisherman in Mehamn.