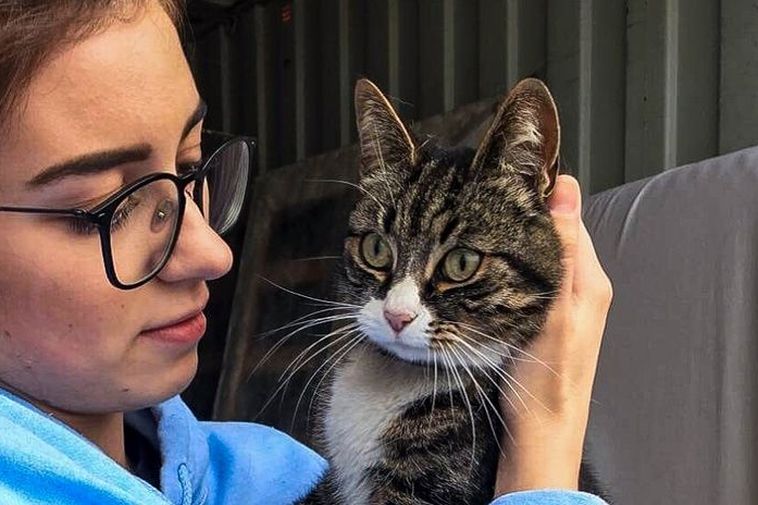 A cat got itself locked inside a container in Ålesund, Norway and was transported to Iceland on a ship. An Icelandic family moving back to Iceland found it in the container, hungry, skinny and rather hairless when they opened it yesterday.

As the Norwegian national radio reports, the cat was seven years old and owned by Greta Hove. He'd never strayed from home before but on June 9th he disappeared without a trace and Hove became worried. She put up ads all around her area to no avail.

But when Aldís Gunnarsdóttir and her family opened the container in Iceland there were cat hairs all over the place. Speaking to NRK she says that she realised that a cat had gotten into the container. "But we couldn't find it and I was afraid it was dead."

They removed almost all the furniture and finally spotted Pus the cat. He was hiding in a corner, very frightened, very skinny and had lost a lot of fur.

Gunnarsdóttir didn't recognise the cat but realised that he probably belonged to some former neighbour in Ålesund. She posted a photo of him on Facebook and soon after, Hove found her beloved cat.

Hove is thrilled to have found Pus alive but getting him home has been a bit difficult as he first needs to be vaccinated in Iceland and receive official cat travel documentation.  She hope to have him back home in a few days time.