Where to watch the Iceland - Nigeria match in Reykjavik 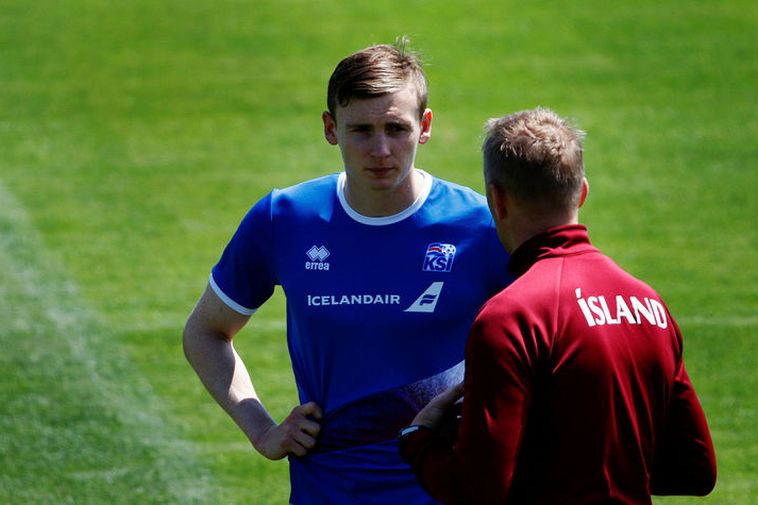 Iceland faces Nigeria at 3 pm on Friday (Icelandic time) in their second match in Group D at the World Cup. But where can you watch the match in Reykjavik?

If you have access to a television the match is shown on RÚV national broadcasting service/ channel 1.

The Iceland- Nigeria  match will be shown on giant screens for example in the city centre at Ingólfstorg and Hljómskálagarður park. There's a big screen next to Vesturbæjarlaug swimming pool in West Reykjavik, there's one at Boxið street food market in Skeifan in 108 Reykjavik and one in Garðatorg in Garðabær for example.

Most bars, pubs and hotels offer big screens to watch World Cup games.  You can catch them for example at Kex Hostel  on Skúlagata or at Hlemmur Square where you can take part in a betting game to support Iceland's rescue teams.  You can also catch the match on a big screen in Hjartagarðurinn, a small square in between the Canopy Hotel downtown and the 66 Norður shop.

But how will the team fare this time around?

“We are not of the opinion that we are at all better than Nigeria. We know our strengths, and need to make the best of them,” Icelandic coach Heimir Hallgrimsson told FIFA TV.

“We have some players who are outstanding against Argentina that can help us in the kind of style we play. One of them is Aron Gunnarssson. He played well against Argentina despite the fact that he is just returning to action after an injury lay-off.

“Against Nigeria, he will definitely be fitter to play after playing for 90 minutes against Argentina.”