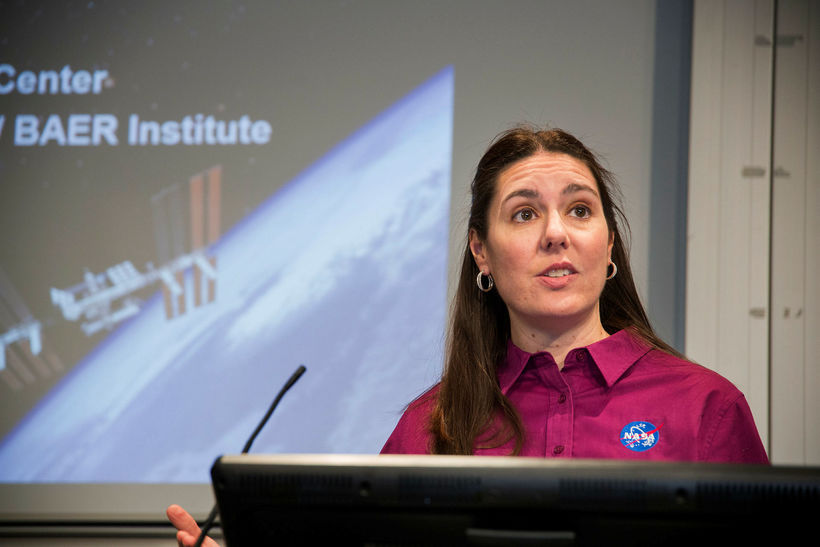 Dr. Jennifer Heldmann explained NASA's interest in Iceland at a lecture at the University of Reykjavik. mbl.is/Arnþór

A NASA research team is now exploring Icelandic conditions for research to be conducted to plan missions to Mars and other planets in the future.

In her lecture, Heldmann said that NASA scientists had been looking to Iceland for a long time and that their team is already looking into environmental conditons in Iceland. The group of scientists that will go to Iceland for research are from a wide span of expertise. 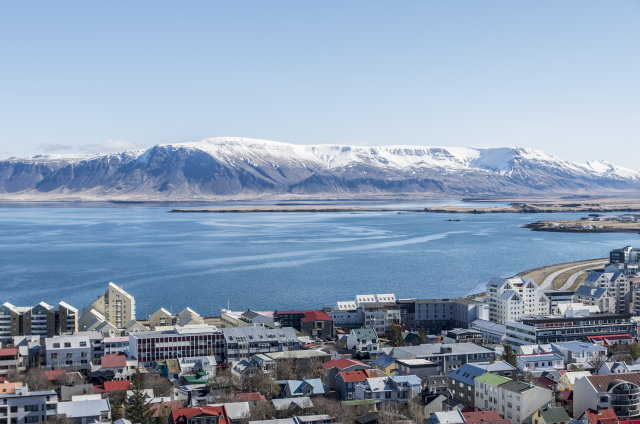 The point of experimenting and research in difficult conditions on Earth help to develop methods to research other planets or moons. The first priority is to research methods to be used for missions to Mars.

Heldmann furthermore said that there are many canyons, crevasses and rifts in Iceland that are very similar geologically to those found on Mars. 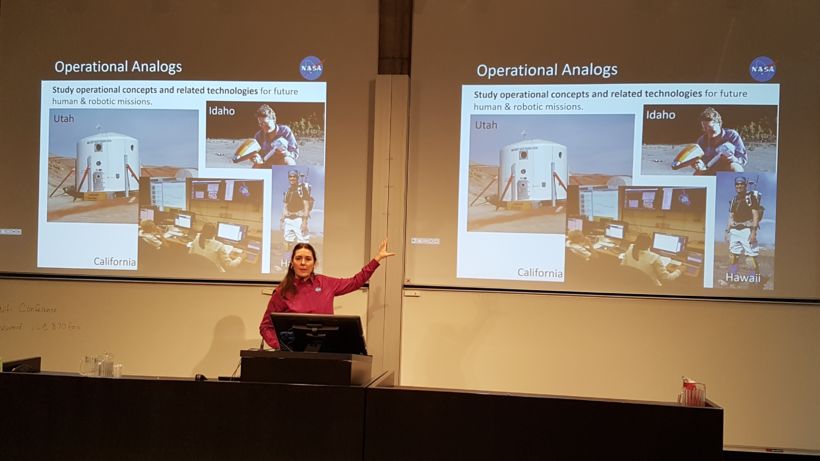