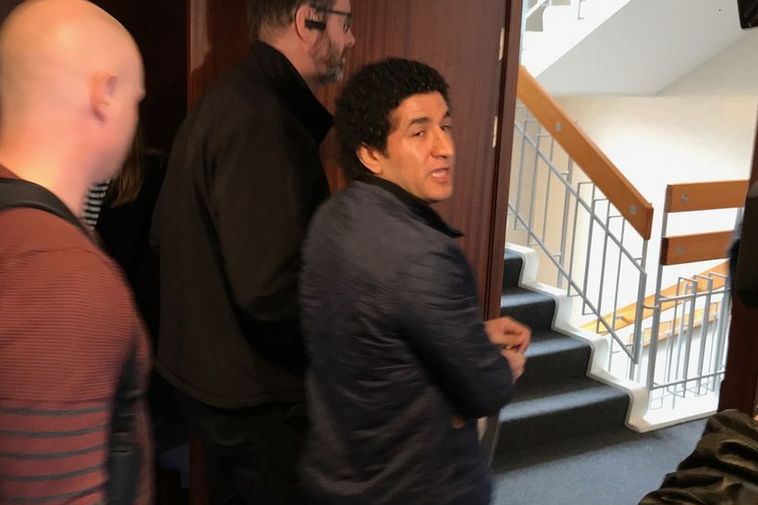 The Reykjavik District Court has sentenced Khaled Cairo to 16 years in prison for the murder of Sanita Brauna in September.

The gruesome murder took place in the western part of Reykjavik. Cairo was arrested by police covered in blood and admitted later to having lost his temper in a jealous fit because she had slept with a black man.

Cairo was confronted by a neighbour who tried to interfere after hearing shouting from the apartment. The neighbour was threatened by Cairo but managed to call the emergency number 112. He told 112 that Cairo was beating Brauna across the head with a fire extinguisher and that there was blood everywhere.

He is condemned for hitting Brauna over the head and face repeatedly using glass bottles which cause serious injuries. She managed to escape to the corridor where he sat on top of her, strangled her and finally hit her across the head with a fire extinguisher weighing 9.7 kilos. The verdict states that evidence shows that the attack was brutal. "Multiple blows to the face were such that the accused would have known that they would lead to her death."

Two psychiatrists testified saying that they believed that Cairo was of sound mind.

When hearing of the verdict at court today, Cairo said that he had told the truth but that the court hadn't listened.

Cairo is furthermore sentenced to pay 12.2 million ISK to Brauna's family; her parents and her three children.