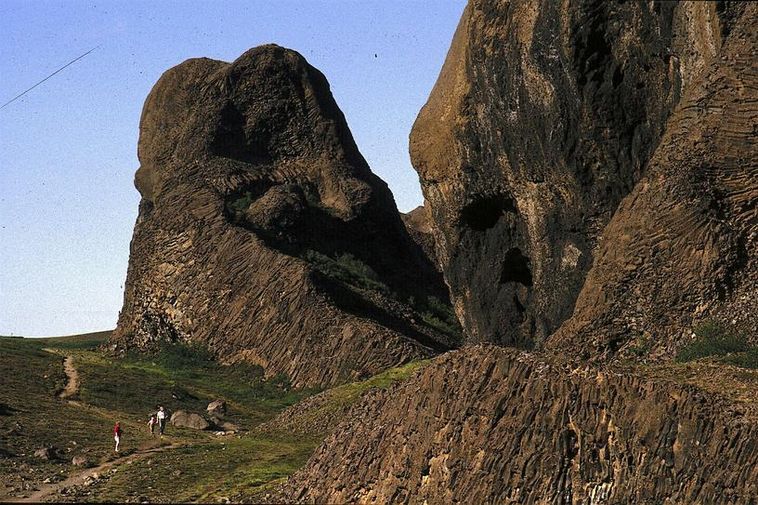 A man fell to his death in Hljóðaklettar, North Iceland last weekend. He fell down a cliff, 15-20 metres high.

Helicopter from Icelandic Coast Guard was sent to fetch the man, but was called back when it was clear the man was dead.

This was the second tragic death in Iceland this weekend. Another tourist, a woman, plunged to her death when climbing Kirkjufell mountain in Snæfellsnes Peninsula.

Hljóðaklettar is one of nature’s wonders in North East Iceland and a popular tourist destination. It's a distinctive cluster of columnar rock formations. The columns lie at all angles, and form beautiful shapes and patterns.