Tourist takes a dump at side of busy Keflavik airport route 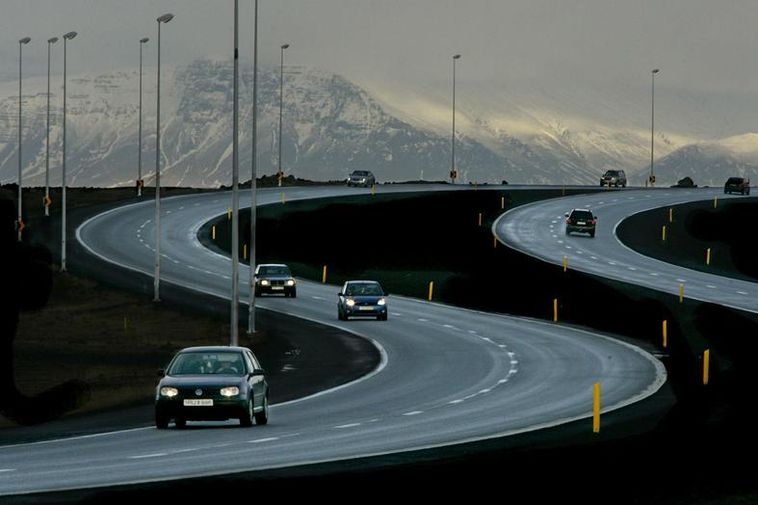 The tourist decided to go to the toilet right next to this highway, one of the busiest in the whole of Iceland. Rax / Ragnar Axelsson

Ármann Óskarsson, student in industrial engineering caught footage of a foreign tourist doing a no.2 on one of the busiest roads in Iceland.  He says he mainly just thought it was hilarious.

Óskarsson thought that the tourist might have been lost in the lavafield. "Lost tourists have been a bit of a joke at work so I was just taking a video of him to send to a colleague.  Then suddenly the person just started taking a dump, " he says and laughs.

"It's really quite innocent so it's just funny. It's different when people are doing this in people's gardens. Nobody goes through that lava field so I suppose it's not disturbing anyone, I was just amazed that he did it right by the this really busy road."

Tourists going to the toilet wherever they feel like it has been a subject of a lot of criticism, including when a tourist did it at someone's post box, on graves at cemetaries or in public parks or playgrounds.  However,  it has also been pointed out that public toilets are scarce out in Icelandic nature which is something that needs to be amended.