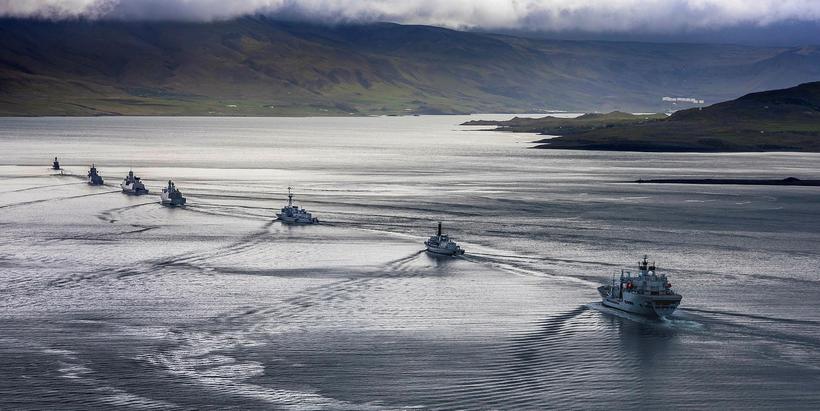 The ships sailed in memory of the men who died in 1942. Iceland Monitor/ Árni Sæberg

Six warships and one submarine sailed from Faxaflói bay from Reykjavik up Hvalfjörður on Friday to commemorate that 75 years have passed since the allied convoy PQ17 was destroyed by Nazi submarines and ships in WWII.

Only 11 of the 35 vessels which took part in the PQ17 convoy in 1942 reached their destination in Arkhangelsk in Russia.

The warships that took part in the memorial convoy were from Norway, Denmark, Britain, The Netherlands and France as all of them have been participating in the submarine surveillance exercises of NATO taking place off the coast of Iceland.

The convoy was led by Icelandic coastguard ship Týr. On board were, amongst others, Iceland's Foreign Minister Guðlaugur Þór Þórðarsson and former MP Magnús Þór Hafsteinsson who wrote a book on the events that occurred.

In Hvalfjörður a short stop was made where Þórðarsson made a speech on the heroic acts of the men who died in the event and wreaths were thrown into the sea to honour their memory. 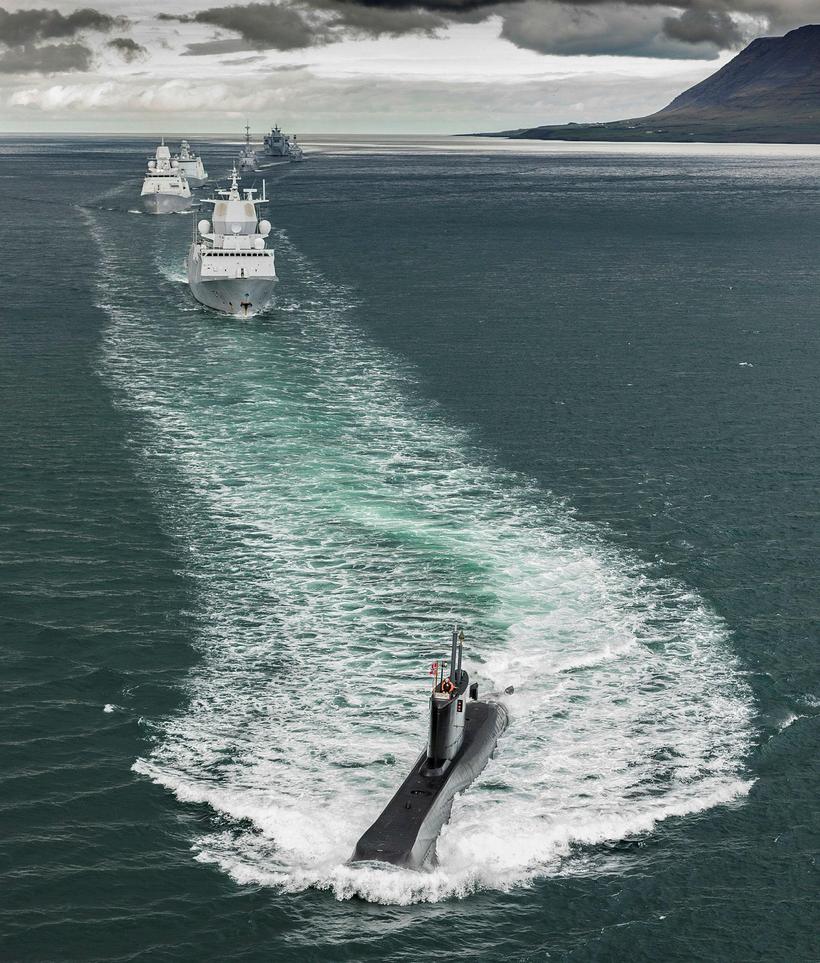