Gylfi Sigurðsson with his first salmon of the day. Photo: Iceland Monitor/Einar Falur

Sigurðsson started fishing in a pool called Brotið, followed by a large group of journalists. After a short while a salmon took the bait. Sigurðsson fought it for a while and even followed it to the next pool, where it managed to escape. Sigurðsson went back to Brotið, where another salmon took the bait. This one ended up on land, 87cm long female which was released back into the river after being photographed thoroughly. 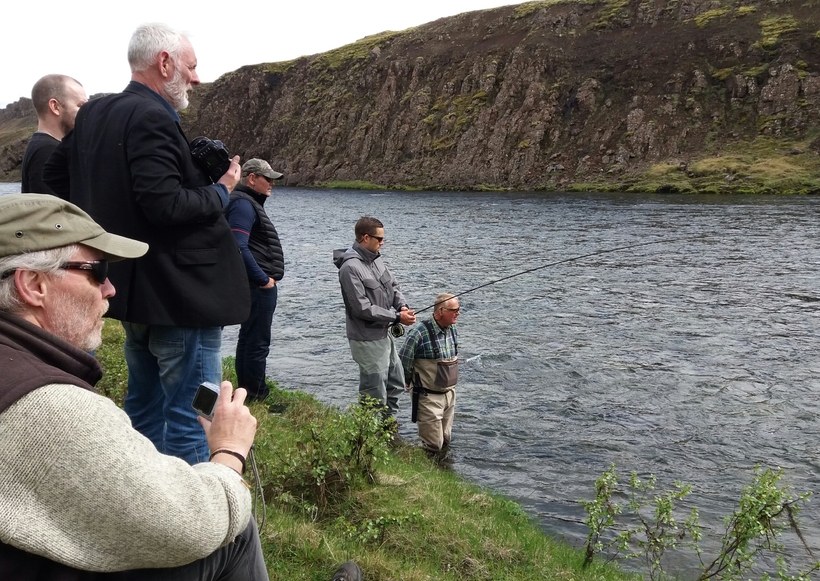 Norðurá river is one of the prime rivers for fishing salmon in Iceland. It’s located in Borgarfjörður, West Iceland in beautiful, varied surroundings of birch trees, old lava, moss and barren land.

The day at Norðurá started when a new wing of the fishing “hut” was opened and blessed by reverend Jón Ásgeir Sigurvinsson. It’s two stories and has fourteen rooms, all with a view over the river and over Laxá waterfall. 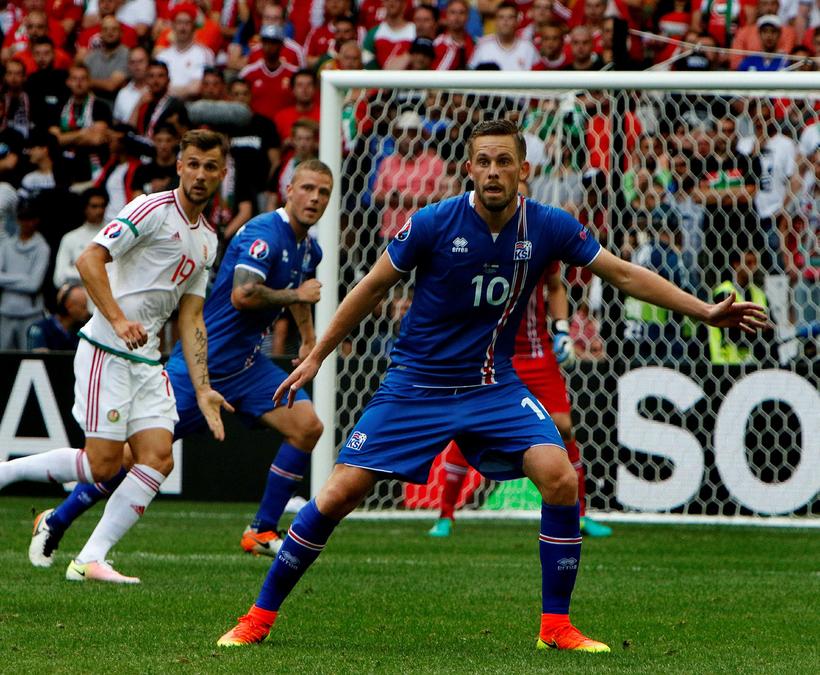 Gylfi Þór Sigurðsson is one of the stars of the Icelandic National Football Team Photo: Iceland Monitor/Skapti Hallgrímsson 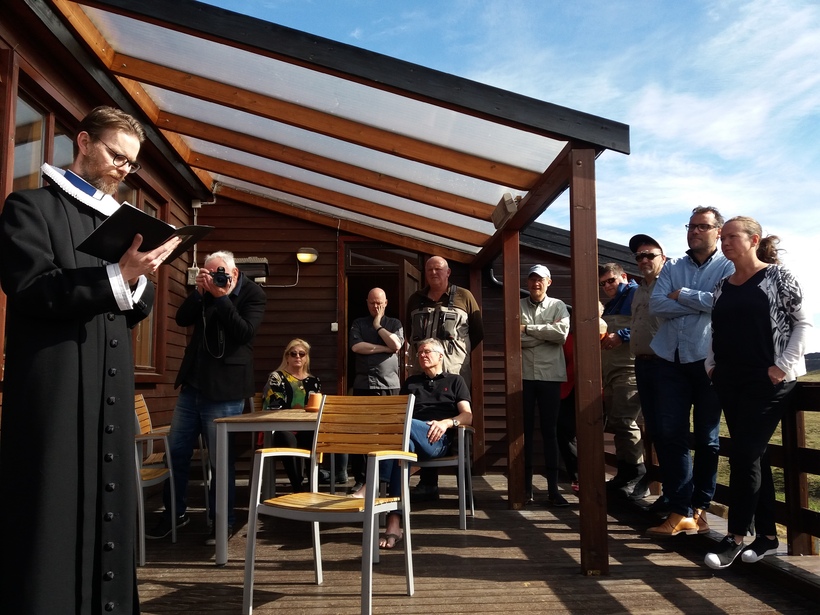 The new wing of the fishing "hut" was blessed earlier that morning. Photo: Iceland Monitor/Einar Falur