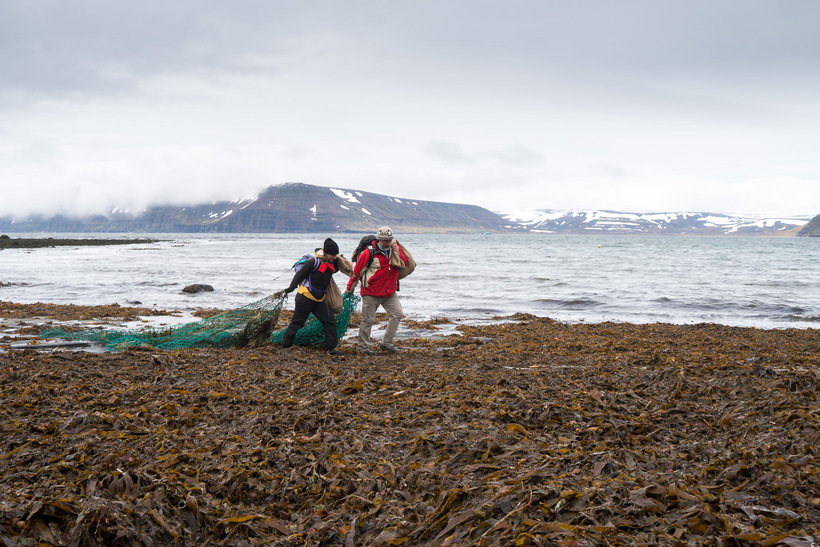 Two of the group removing an old net from the beach. Photo/Gauti Geirsson

A group of 30 volunteers travelled to Hornstrandir nature reserve last weekend to gather up garbage that had washed ashore. All in all they gathered 3 tons, mostly plastic, which was later picked up by the Icelandic Coast Guard.

Deserted over 60 years ago

Hornstrandir are the northernmost part of the West Fjords, Iceland, and were deserted over 60 years ago. The area has been a nature reserve since 1975 and is often called one of Iceland’s natural pearls. It’s rich with birds and Arctic foxes, the landscape’s characteristics are high mountains and steep cliffs which makes it very popular for hiking trips, even though it’s so remote it’s only accessible through a few hour boat ride from the nearest towns.

The weather must be decent for it to be possible for boats to sail to Hornstrandir. The group this year planned to gather garbage in Bolungavík at Strandir but ended up cleaning up Aðalvík, as the weather was too bad to make it possible to land a boat at the former location. 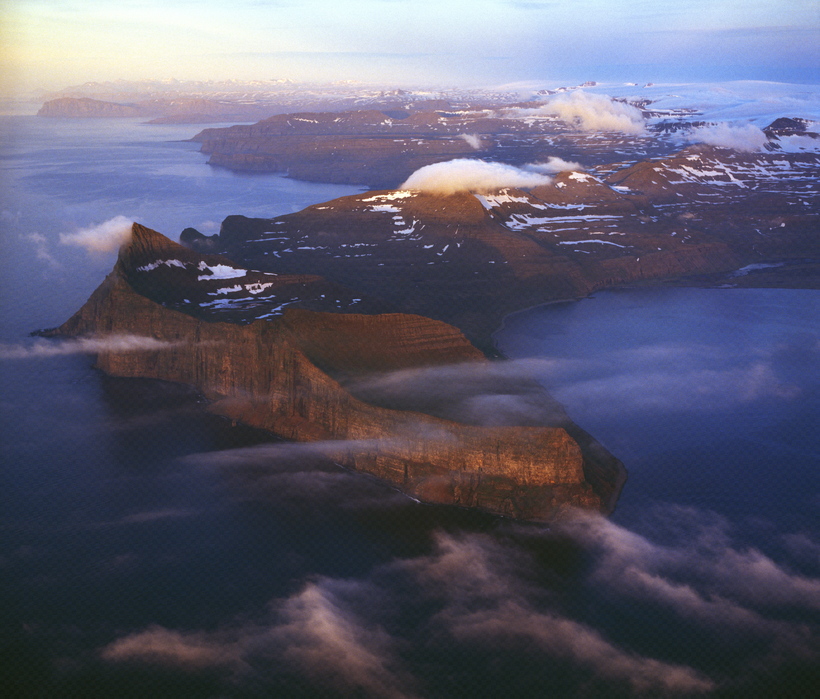 Hornstrandir are known for tall mountains and steep cliffs.

Gauti Geirsson is the brain behind the idea of this particular idea of spring cleaning which took place now for the fourth year in a row now, always gathering in a different area. He got the idea when he heard of a French photographer who was travelling there to photograph nature, but was so appalled by the garbage on the beaches he photographed that instead.

“I thought to myself this wasn’t acceptable, rounded up some people and got the town of Ísafjörður and others to collaborate with me on sending a large group each year that could do much in a short amount of time.” 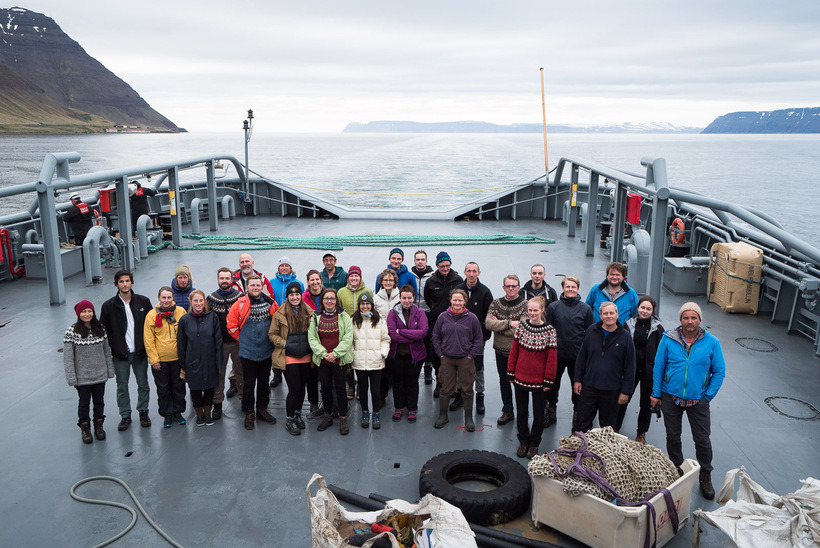 The 2017 group of volunteers Photo/Gauti Geirsson

Not room on the boat for everyone

The idea was so popular that there’s never been room on the trip for everyone who wanted to join in. Geirsson is happy about the response hand hopes it will encourage others to do the same and clean up nature in their surroundings. 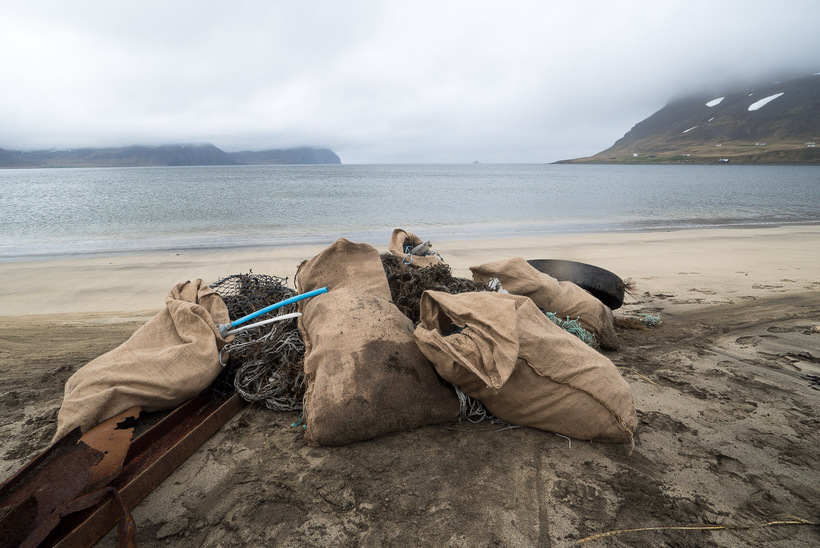 The garbage was later picked up by the Icelandic Coast Guard. Photo/Gauti Geirsson 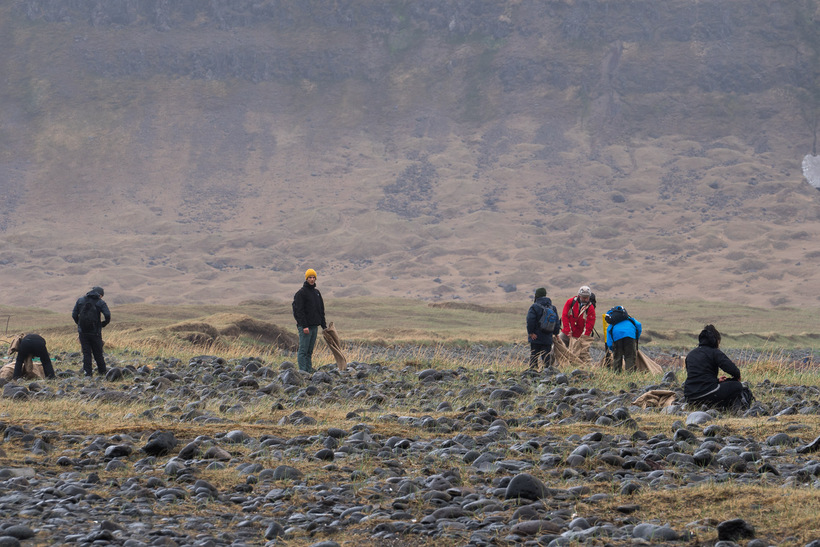