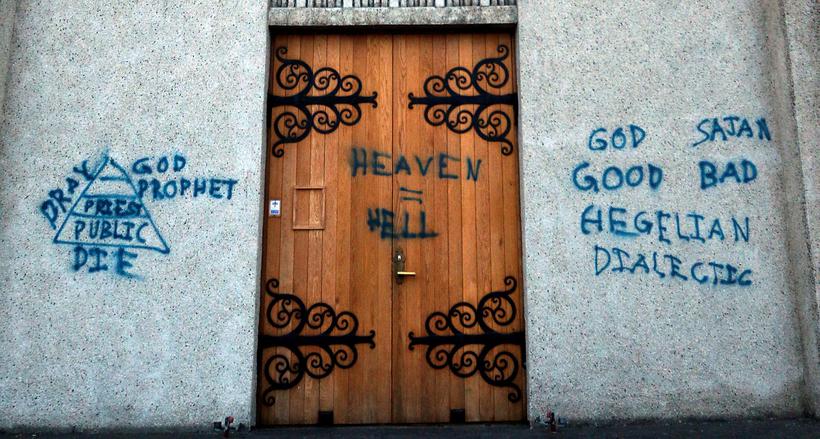 The graffiti is proving difficult to clean off. Photo/ Skapti Hallgrímsson

Four churches in Akureyri, North Iceland,  were vandalized during the night, including the Akureyri cathedral. All had been covered in graffiti using phrases such as religion is slavery, satan, and hegelian dialectic.

All churches are in separate areas of the city and the matter is being investigated by the local police.

Vicar Svavar Alfreð Jónsson at the Akureyri cathedral posted the photo on Facebook this morning.  Cleaning procedures had to be swift as a funeral takes place there this afternoon. Speaking to Mbl.is, Jónsson says that this is not the first time that the church is vandalised.

"It seems to be turning into an annual thing except the last time someone actually tried to set the church on fire. We don't know what's going on."

Nobody was arrested in the previous cases 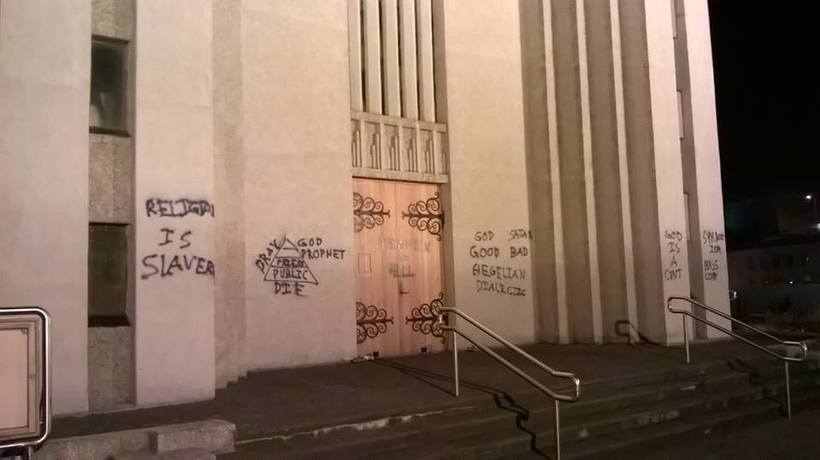 The front of the Akureyri church this morning. . Photo/Svavar Alfreð Jónsson 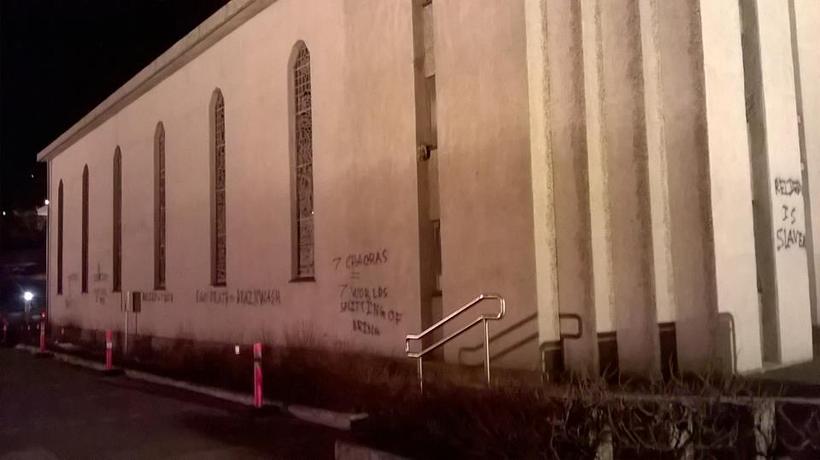