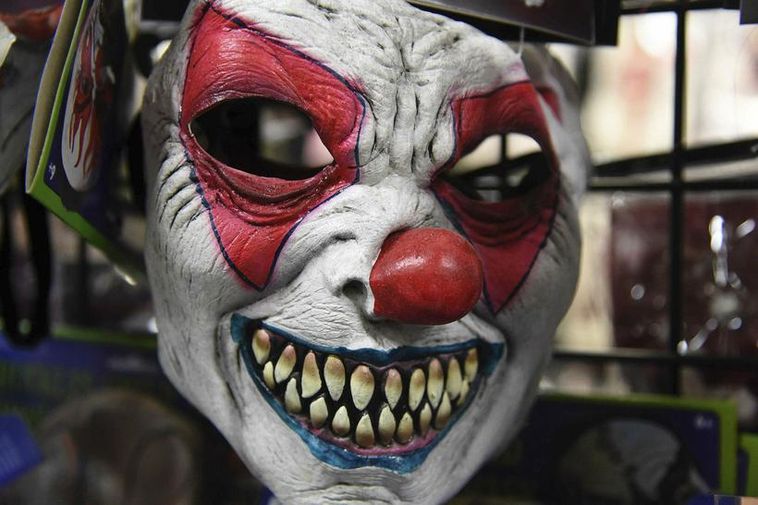 Evil clown masks can be very scary so no wonder people get uncomfortable. Photo/ AFP

Two creepy clown sightings were reported to the Reykjavik Metropolitan Police this weekend.

Police officer Valgarður Valgarðsson confirms to mbl.is that two cases are being investigated of incidences of someone knocking at doors in the Grafarvogur area and when the owner looked outside they were met with a clown face.

Valgarðsson says that everything points to the fact that schoolchildren are responsible.

Creepy clown sightings began in the US early this year with incidents involving sightings of people dressed as clowns.

This autumn the phenomenon had spread from North America to Europe, Australia, New Zealand, Singapore and Latin America.