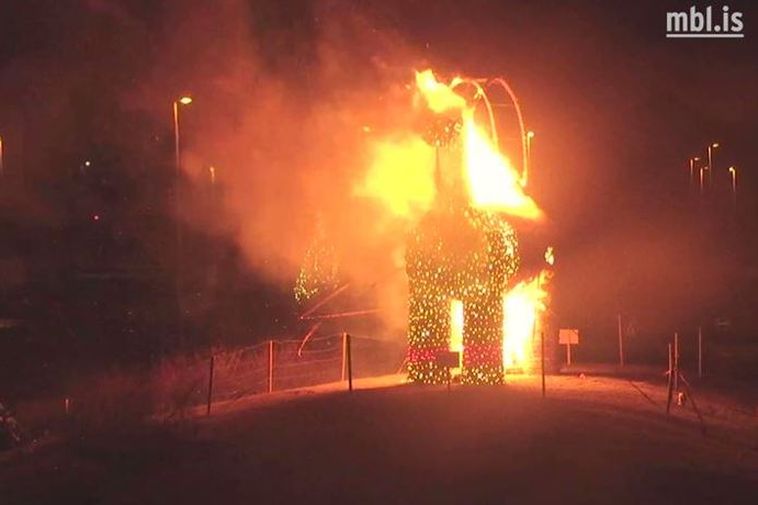 After a failed attempt to torch the famous festive symbol last week, the 2016 IKEA Christmas goat is no more – after arsonists managed to burn it to the ground last night.

The ill-fated creature met its fiery end around 4am this morning.

Three men were seen fleeing the scene in a get-away vehicle, which police were quick to apprehend. Two of the men have been remanded in custody while investigations begin.