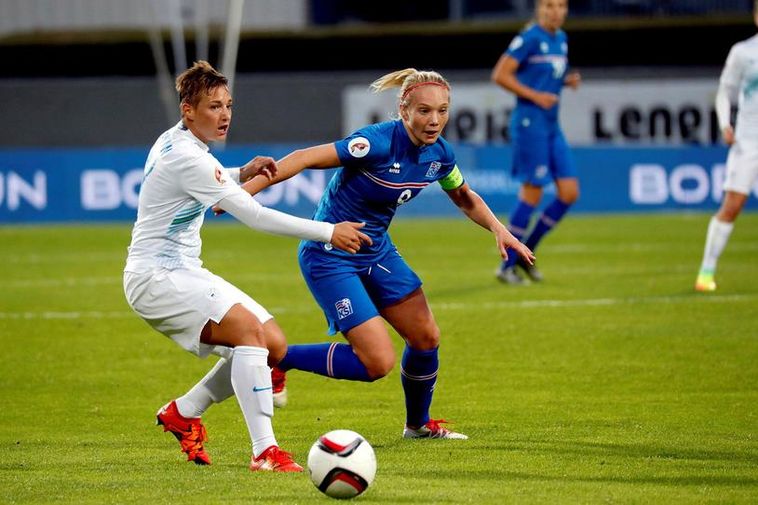 Iceland’s final Euro 2017 qualifying match takes place this afternoon and the team have their sights firmly set on beating Scotland and winning the group.

Iceland have so far won seven games out of seven and are certain to qualify for the Euro 2017 finals to be held in the Netherlands.

They also have a clean scoresheet, having scored 33 goals and conceded none. Germany and France are the only other teams in the qualifiers to have achieved this. Iceland face Scotland today (kick off: 5pm) in Reykjavik and are perfectly clear what they want to achieve.

“Our goal from the start was to win the group,” says Iceland striker Fanndís Friðriksdóttir. “We can do that by winning today’s game – and our bonus objective is to keep our clean scoresheet.”

Iceland comprehensively beat Scotland 4-0 in the away leg back in June and will be looking for a similar result today. “It would be good to show people that we are such a good team that the result in Scotland was not a fluke. This is our chance to show that Iceland are the best team in the group.”

The Icelandic ladies have scored 33 goals over the course of their seven games, putting them among the very best teams in these Euro 2017 qualifiers: