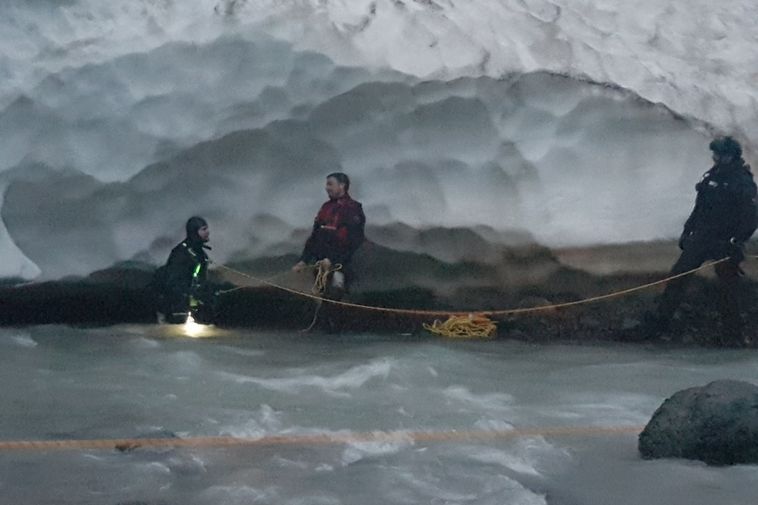 The man whose body was found last night after falling into a river in South Iceland and being dragged under dense ice and snow was a French national born in 1989.

Rescuers worked tirelessly through Tuesday night and Wednesday to dig through the six-metre snow-drift. They located the man dead at the bottom of the river. It took a full half an hour to bring the man’s body to the surface.

According to South Iceland police, the body was helicoptered away from the scene and taken to the police station in the town of Selfoss. The 27-year-old French citizen was officially pronounced dead around midnight last night.

All rescue services were stood down around 1:30am. The victim’s travel companion, who also fell into the river but managed to clamber to safety, has now left Iceland, say police.

The French Embassy in Iceland and the International Division of the National Commissioner of the Icelandic Police are handling communications with the victim’s family.