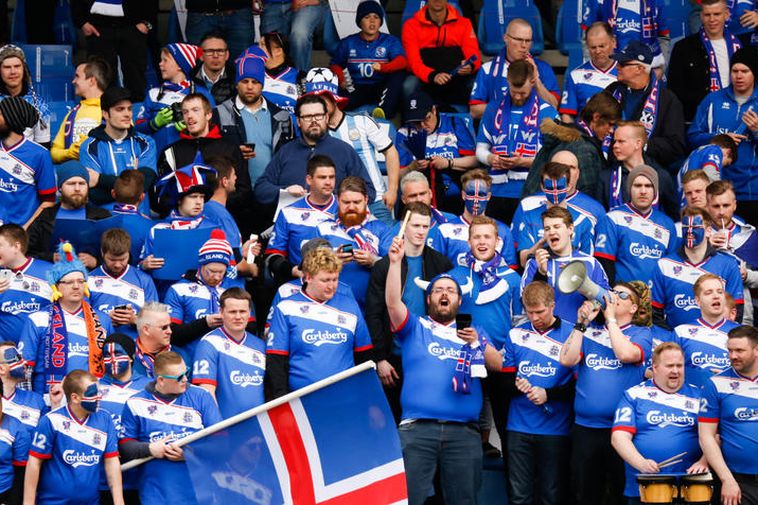 The young British police officer who fell victim to a vicious knife attack while supporting Iceland at Euro 2016 in France is “deeply moved” by an Icelandic offer to come and see the national team in action at home.

Icelandic fans are offering the man and his wife an all-expenses-paid trip to Iceland in September to see the national men’s team in action.

“Your kindness has touched us both and your support has restored our faith in humanity,” the man writes in an e-mail to Hannes Freyr Sigurðsson, the initiator of the Icelandic fans’ gesture.

The victim was stabbed in northern Paris after the France-Iceland quarter-final clash, and is still in Paris recovering from his injuries.

“Your support has been very important to us during this difficult time. For me, it is as if you have brought some ‘northern lights’ into our darkness. […] Iceland can be very proud of its team and we very much look forward to seeing them play again, against Finland.”

The man has asked for the opportunity to address the fans at the stadium during half-time.

“All Icelanders will have a place in our hearts forever after showing us such compassion in these difficult times,” his e-mail continues.

The couple have been offered flights, hotel accommodation, airport transfers, restaurant meals and guided tours. The Icelandic football fan club Tólfan will be in charge of organising the couple’s visit.