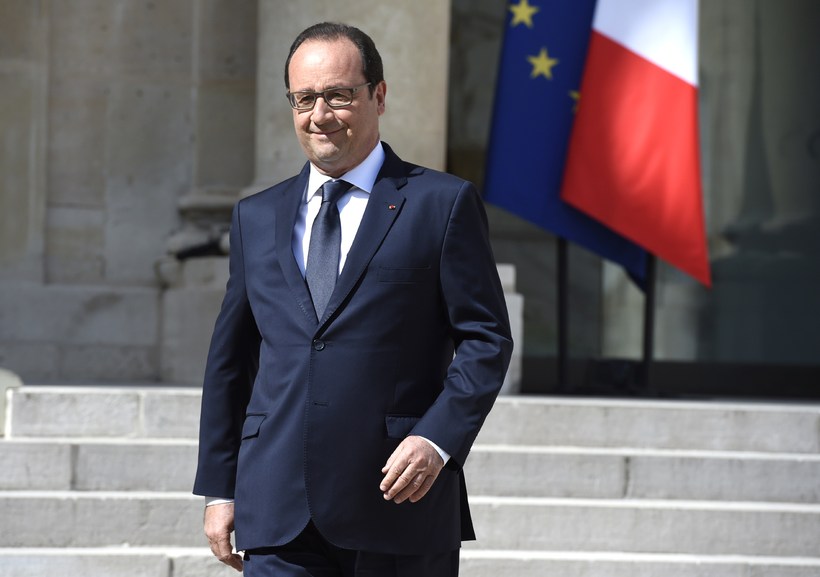 French President Franço­is Hollande was so captivated by the joy and jubilation of the Iceland fans after a 5-2 defeat that he ignored the requests of his security team at the stadium to stay behind and watch.

“Almost all the French fans were leaving the stadium, but the French President just stood there and admired the happy scenes,” Iceland President Ólafur Ragnar Grímsson told national broadcaster RÚV.

After the final whistle at Sunday’s thrilling match – at which France comprehensively defeated Iceland – security guards at the Stade in France in northern Paris repeatedly recommended Hollande left the stadium.

He was, however, fixed to the spot enjoying the spectacle of the Icelandic fans in the stands celebrating the extraordinary success of their national team.

“He just stood there and admired Iceland,” says Grímsson. 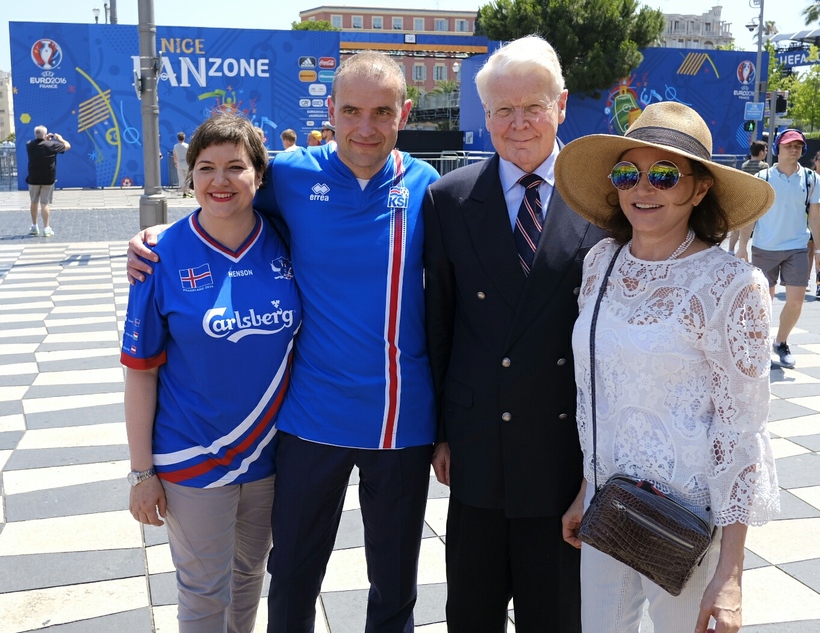 Present and future Presidents and First Ladies of Iceland together in France. Photo: Iceland Monitor/Golli