One final Iceland HÚ! from football fans in Reykjavik 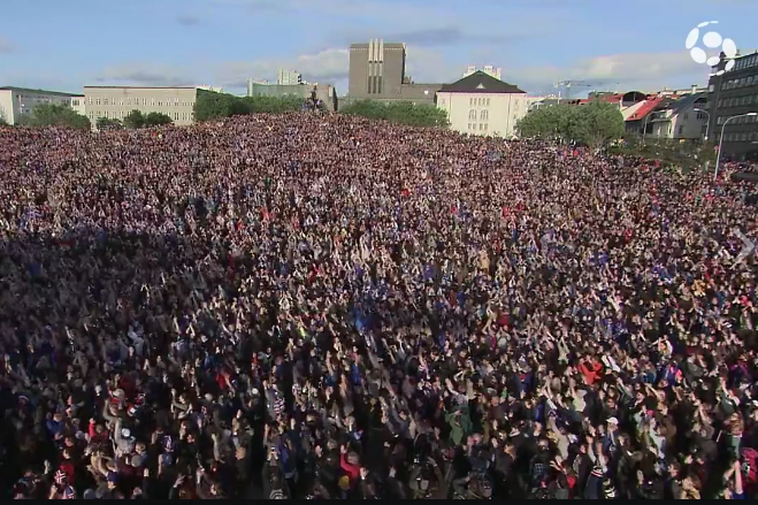 What do you do when your national football team loses 5-2 in the quarter-finals of Euro 2016? Cry? Shout? Smash windows?

After the final whistle blew yesterday, the assembled crowd in central Reykjavik got together to perform one last massive synchronised Viking clap, which has become Iceland’s trademark the world over in recent weeks.

Watch and learn as Icelanders say goodbye to the magnificent sporting adventure in their own inimitable way.