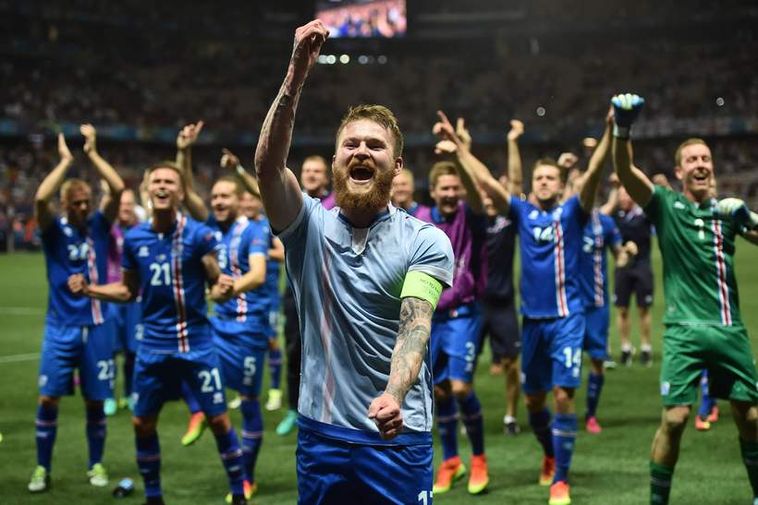 Iceland’s jubilant players were in no rush to leave the pitch in Nice last night and treated Iceland fans to a dramatic display of their ‘Viking victory clap’.

The football world is still reeling from Iceland’s spectacular performance in Nice last night, where the tiny Nordic nation of 330,000 people dumped football giants England out of Euro 2016.

Iceland’s captain Aron Einar Gunnarsson led his team – and thousands of jubilant fans – in a synchronised victory clap and chant to celebrate Iceland’s qualification to the quarter-finals.