Iceland knock England out of Euro 2016 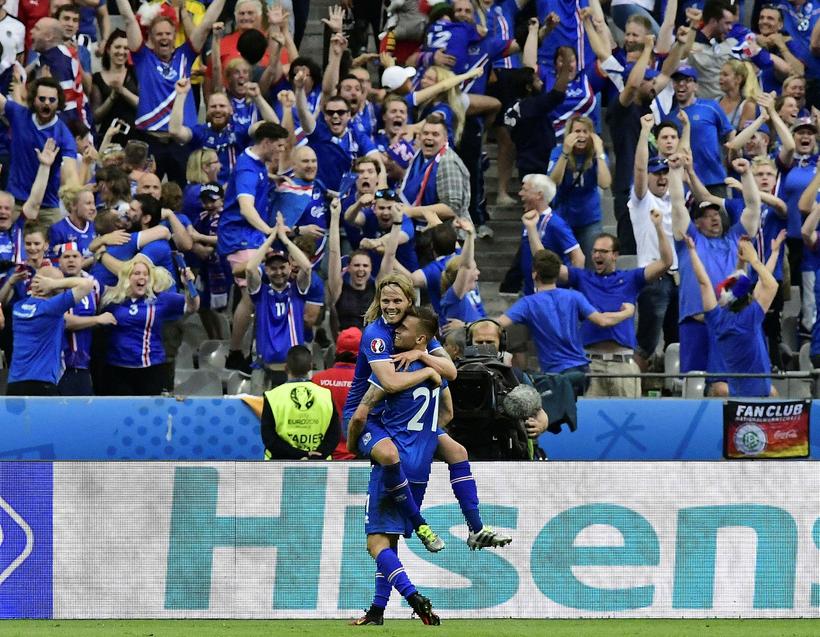 Iceland’s men have rocked the football world this evening by beating England 2-1 and qualifying to the quarter-finals of Euro 2016.

All three goals came in the first twenty minutes of the game. Iceland conceded a very early penalty, which was converted by England’s Wayne Rooney.

Iceland lost no composure and scored two goals in quick succession – the first by defender Ragnar Sigurðssonby and the second by striker Kolbeinn Sigþórsson.

There followed seventy minutes of electric tension and exciting football, in which England dominated possession but failed repeatedly to make any dent in the Icelandic defence.

Iceland now progress to the quarter-finals, where they face France on Sunday.