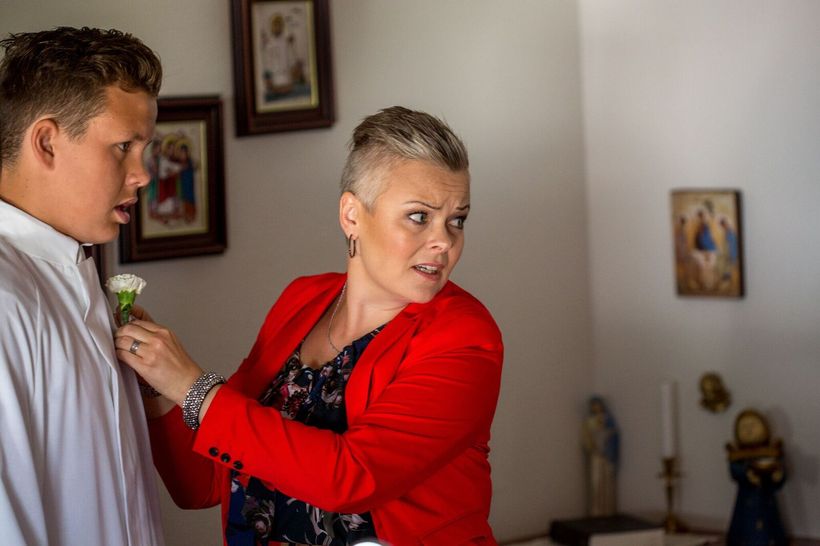 Hildur Eir pinning a flower onto her son's gown for a confirmation ceremony that revolved around football. Photo/ Helga Kvam/ Völundur

The confirmation ceremony of children at the Akureyri church on Saturday was disrupted by the tension of the Iceland-Hungary match. A ceremony today where a couple were renewing their vows has been postponed due to today's Iceland- Austria match.

Guests of the confirmation ceremony in Akureyri, North Iceland on Saturday ran out of the church to see the final moments of the Iceland- Hungary match and according to the parents of the confirmed children, they had been urged by guests to reschedule the ceremony.

Vicar Hildur Eir Bolladóttir said to mbl.is today, "My son was getting confirmed on Saturday. I had chosen this day and the time of 4 pm one year ago and later it surfaced that Iceland would be playing Hungary at the same time. A lot of people in my family, especially the older ones, were not happy and asked me to reschedule, which I told them would be very difficult." 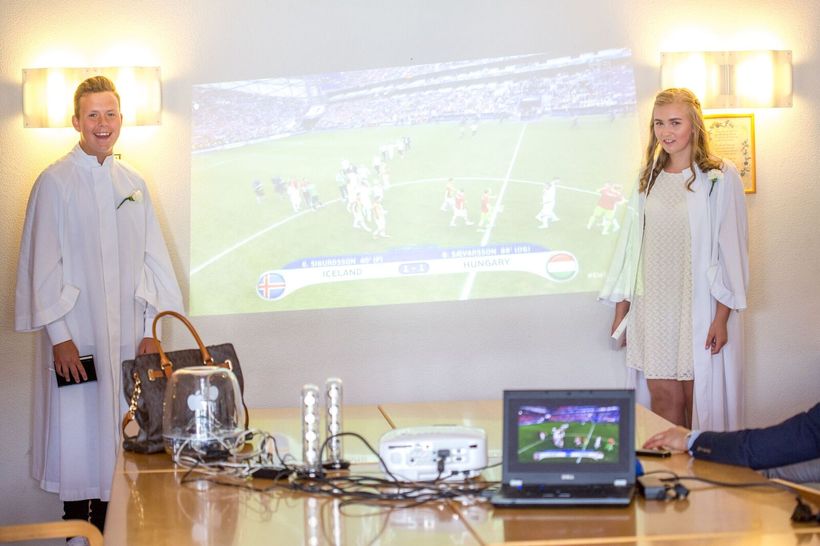 Bolladóttir then says that a higher power intervened. "It appeared that the church had been doublebooked, so I had to reschedule and have the confirmation a bit earlier, which meant that all the guests went into the reception hall before the confirmation and watched the match on a big screen."

The guests didn't see the full match but the vicar conducting the ceremony announced half way through the confirmation that Iceland had scored a goal. "Everyone in the church screamed. And then everyone continued saying the creed."

"The children sat there in their white gowns and screamed as well, which caused the peonies pinned onto their gowns to fall off. At the end of the ceremony the vicar told people to hurry home to watch the match. People literally ran out of the church." 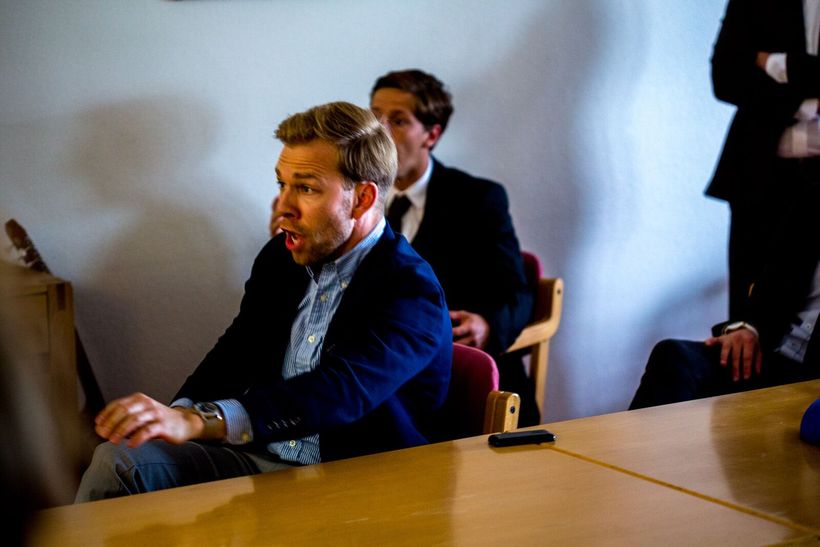