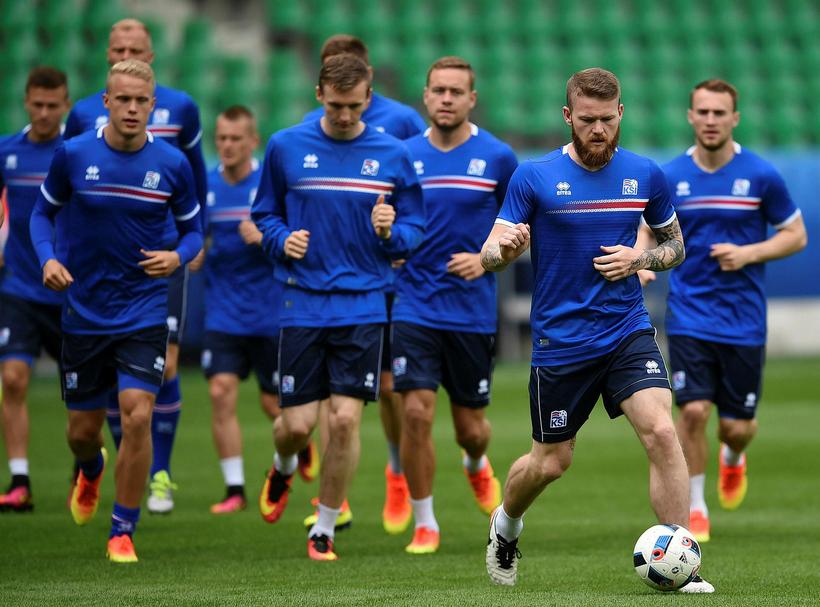 The day has arrived! In just three hours’ time, the Icelandic men’s football team will be kicking off their first ever match in the finals of a major tournament – against Portugal at Euro 2016.

Iceland has been waiting for this moment with excited expectation ever since the team historically qualified for the Euro 2016 finals last year.

The day has now arrived, and Iceland Monitor encourages its readers to get in front of the nearest TV, internet stream, or outdoor viewing screen and cheer on our boys in blue.

We were thinking of giving those of you currently in Iceland a guide to where you can watch this historic match – but then we realised that basically that would be anywhere in Iceland with a functioning TV set!

If you are in Reykjavik, you should definitely stop by the Euro 2016 village on Ingólfstorg square, which has a giant viewing screen, food, and no doubt an enthusiastic crowd of die-hard Iceland fans and well-wishers.

Let’s keep everything crossed for a good result this evening. If you are unable to watch the match, Iceland Monitor will be giving score updates throughout the evening on Facebook and Twitter.