Over 8% of the entire Iceland nation will be in France to cheer on the national men’s football team at the UEFA Euro 2016 finals, the first match of which kicks off today.

Exactly 26,985 Icelanders applied for tickets to Euro 2016 games this month – this works out as 8.15% of the entire population. This is the first time that the men’s team has ever qualified for the UEFA Euro finals.

Estimates predict that Icelandic fans will spend a total of ISK 5-6 billion (approx. €36-43 million) during their time in France. 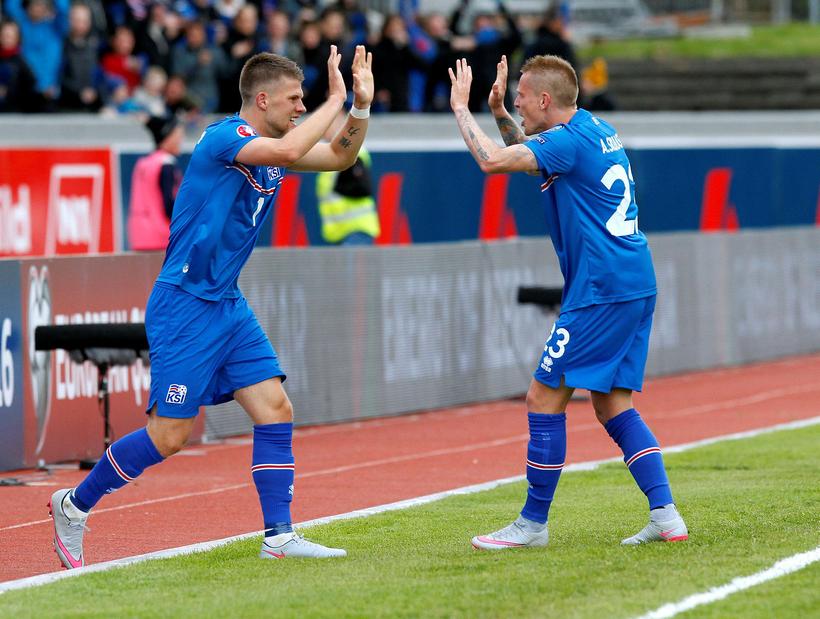 Will Icelandic eyes be smiling next Tuesday? Photo: Iceland Mnitor/Golli

The Icelandic team is accompanied by a cohort of some fifty journalists, around half of them from foreign press. The team’s cook, Einar Björn Árnason, is assisted by an expert nutritionist to ensure players get the right amounts of fat, protein and carbs for the job ahead.

The first match – between Romania and hosts France – kicks off at 5:30pm this afternoon (Icelandic time). Icelanders and supporters of Iceland everywhere will have to wait until Tuesday to see the boys in blue take on their first match, against Portugal.