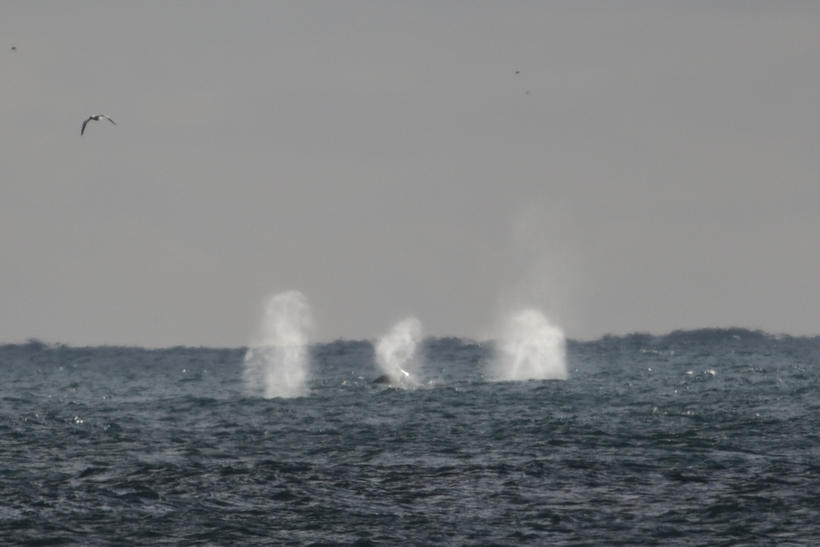 The humpback whales could be seen spraying seawater from their blowholes. Photo: Eyj­ólf­ur Vil­bergs­son

A school of humpback whales swam in a westerly direction past the coastal town of Grindavík, South Iceland last night.

"It was a spectacular sight," says Eyj­ólf­ur Vil­bergs­son who was able to capture photos of the event with a zoom lens on his camera. "I could see them spraying water all across the area. I haven't seen so many whales swimming together before. It was incredibly nice to see and there were lots of people on the coast watching." 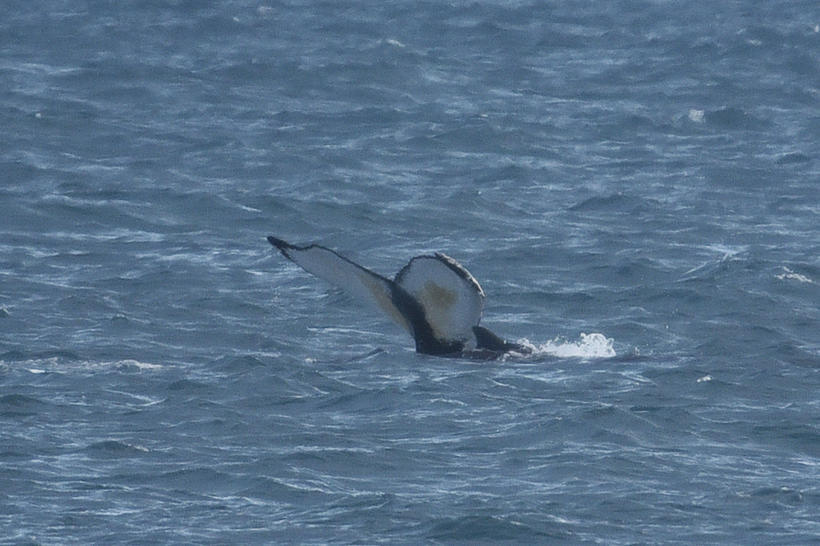