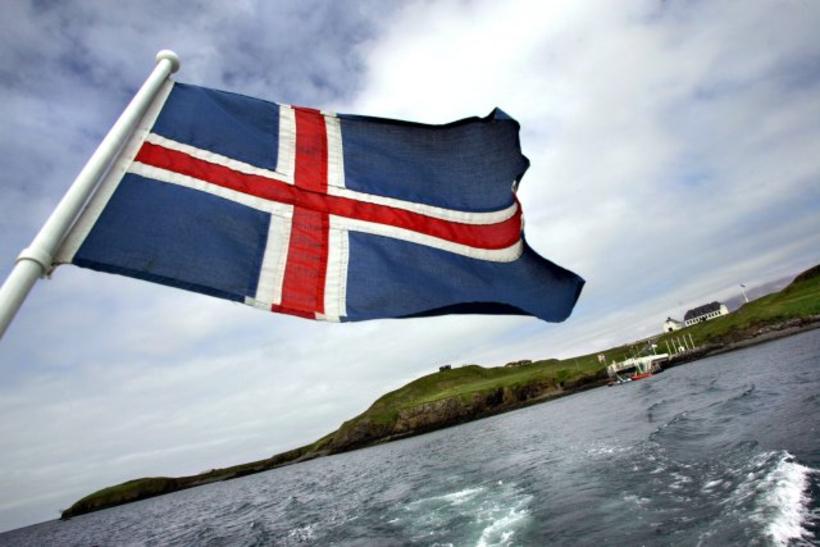 Are you thinking about learning Icelandic – the mother tongue of some 300,000 people on our island in the North Atlantic? Or have you already begun and hit a brick wall?

Get on with it, we say! But first, have a quick read through these five short tips for achieving success:

1. Don’t be defeated by the hype

Many people will fail before they’ve even started, by buying into the hype that Icelandic is “impossible”. Nothing could be further from the truth.

There is a general, often uninformed consensus that Icelandic is devilishly difficult, and new learners are often traumatised with tales (often from Icelanders themselves) of upcoming linguistic torture.

Icelandic does, of course, offer its fair share of complexity (just like any other language), but it is in fact closely related to English – a point which new learners don’t hear often enough.

For native speakers of English, compared to learning Hungarian, Farsi or Korean, learning Icelandic is a walk in the park.

Ignore the doom-mongers and get on with it – you CAN and WILL do it. 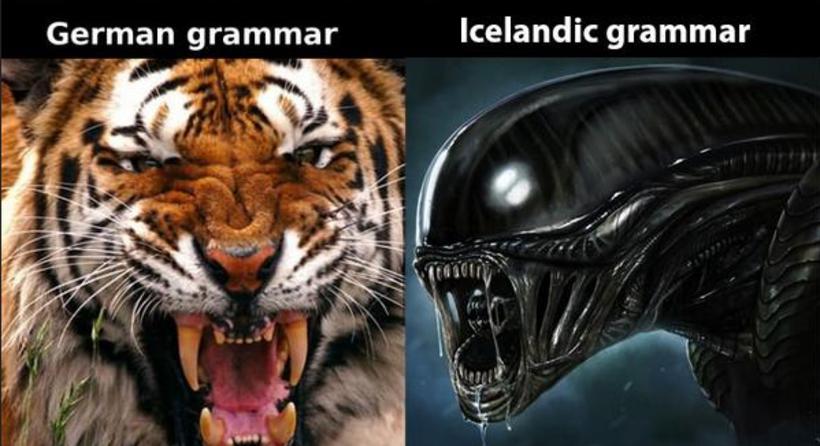 If you’re thinking of learning Icelandic in preparation for a move here, don’t wait to actually move here before you begin.

It has been instilled in Icelanders over the years that the only way to learn Icelandic is to be in Iceland. Again, this is not to be believed. This is 2016 and resources are available practically anywhere to get you started (see below).

If you come to Iceland with zero knowledge of the language, all your initial interactions will be in English – and this is a very hard habit to get out of.

Start learning six months before you move, so that you can attempt basic conversations and transactions in Icelandic the day you arrive. You’ll receive bags of admiration and your language learning curve in Iceland will be that much steeper, thanks to that initial grounding. 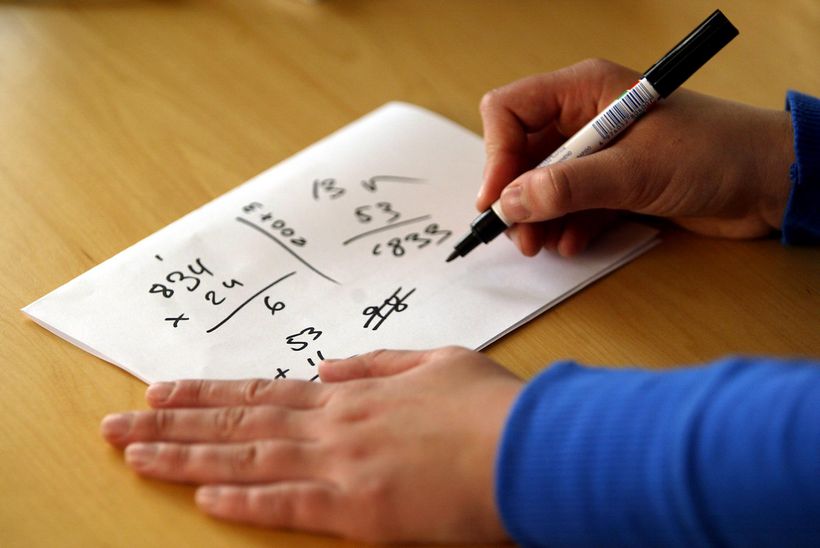 It may feel a little 'back to school', but it's so important to teach yourself a basic grounding in the language before moving. Photo: mbl.is/ÞÖK

While Icelandic is not the monster is it cracked up to be, there is an awful lot to be learnt and learning-by-osmosis is just not going to cut it.

You WILL – whether you like it or not – have to sit down with your books and study hard. Don’t fall into the trap of thinking “I am in Iceland so I’m bound to be learning the language”. No. Some things, especially as one gets older (ahem), simply don’t sink in automatically and must be rote-learnt.

Clear a regular space in your timetable to hit the books and study systematically. We recommend at least one straight hour a day, preferably two. If you’re serious about learning Icelandic – or any language, for that matter – you might have to turn down the odd invitation to the pub... 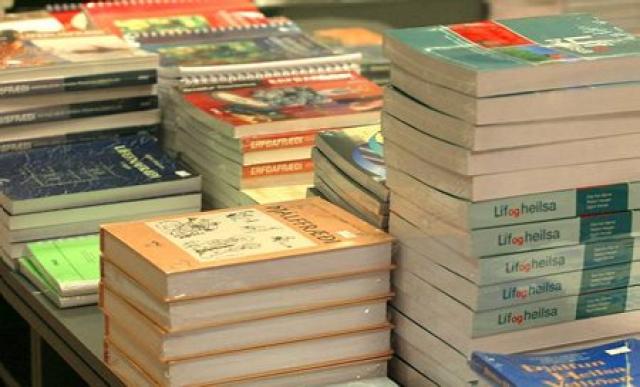 Immersion in the language is good as far as it goes, but there is no substitute for proper studying. Photo: Árni Sæberg

4. Don’t take English for an answer

One of the greatest obstacles to learning Icelandic is the natives’ proficiency in and willingness to speak English.

Of course, it is a massive boon to be able to use English in Iceland to sort out the major things, but being replied to in English when you’ve asked for a bus ticket in Icelandic just because you have foreign-coloured hair is something of a nightmare.

My favourite trick when replied to in English has always been to give a puzzled look and say ‘Afsakið, ég skil ekki ensku’ (‘Sorry, I don’t understand English’). The look of wide-eyed bewilderment and crippling ‘computer says no’ panic on the face of your average Icelander is worth it in itself. 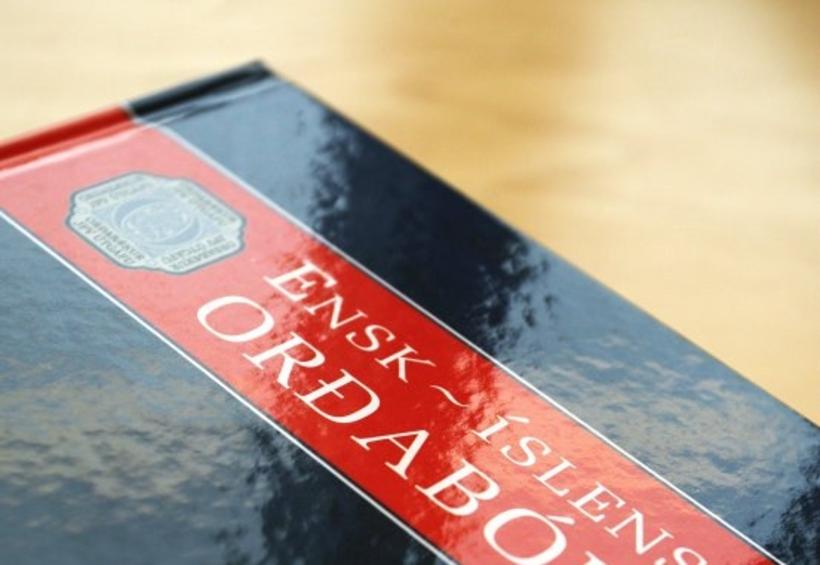 Use English when you need to, not when Icelanders want to. Photo: Friðrik Tryggvason

Start speaking (and writing) as soon as you can – practice makes perfect!

If you wait until you’re 100% confident in a particular aspect of the Icelandic language before deploying it, you might never say anything. Getting things wrong is human and being corrected a massively edifying experience.

And remember, Icelanders make mistakes in English all the time. And are they bashful about it? Not a bit. They crash through, making the very most of their ability and confidence – the result being that they are immensely proficient. 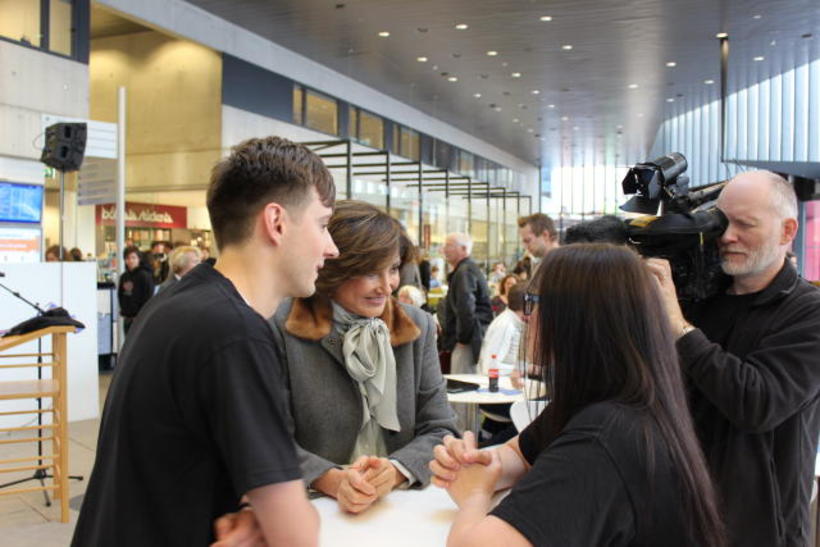 First Lady of Iceland, Dorris Moussaief, herself a non-native speaker of Icelandic, speaking to other students of the language. Photo: Björn Gíslason

Nowadays, there are a whole host of online and paper resources for getting into Icelandic in your home country. Among the best in our experience are: