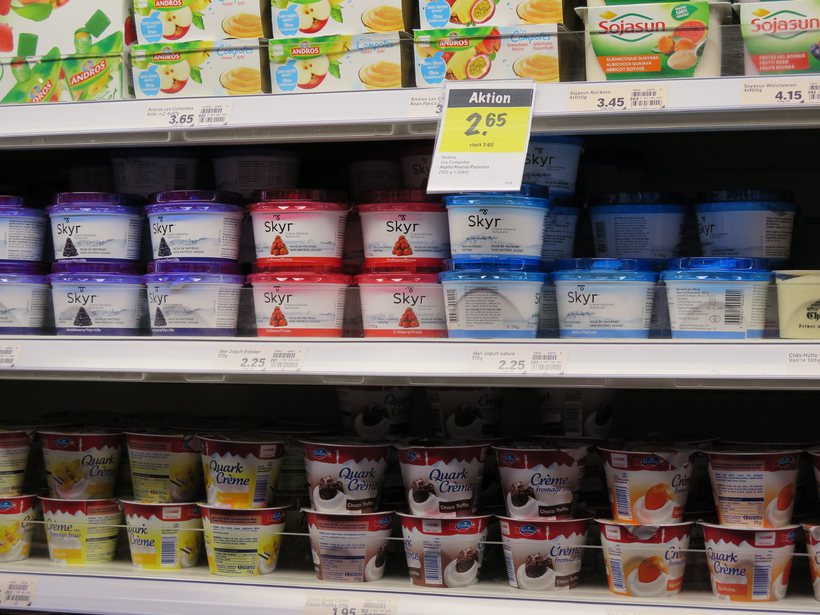 Skyr on a Swiss supermarket shelf.

Iceland’s iconic dairy product skyr is flying off the shelves in the United Kingdom – at three times the rate initially expected.

MS management initially predicted sales of around 4,000 tubs a week. In just the third week of sales, eager shoppers grabbed three times as many – 12,000 – from Waitrose shelves.

MS skyr is also sold elsewhere in Europe, including Finland and Switzerland. Revenue from licensing and profits from manufacturing abroad totalled ISK 400 million (approx. €2.8 million) in 2015.