This photo was taken only moments after the incident described in this article occurred. Mynd/Kiki G.M.P. Stevenhagen

Police stopped surveillance of Reynisfjara beach two days ago and instead brand new warning signs in several languages have been put up on the site. However, six foreign individuals were in grave danger as a wave knocked them down yesterday.

The group in question had decided to do a fashion shoot on the beach with a model standing next to the basalt pillars in the cliffs with others standing further down the beach.

Tour guide Hermann Valsson witnessed the incident. Speaking to mbl.is he says, "The wave hit six people, they were in extreme danger. I ran over to them and helped to drag them from the water and they managed to scramble on their feet."

Valsson says that the people were considerably closer to the water's edge than the Chinese tourist who drowned two weeks ago. They were hit by two waves in the space of a few seconds. The previous ten minutes at the beach had been very calm with no waves at all.

"They were incredibly scared. They just froze and didn't move. They had no idea what to do. I got to them before the second wave started to pull back out. The model standing in the cliffs also got wet but those standing on the beach could easily have been carried off to sea by the second wave."

He adds that the people, who were of Asian origin, had no idea that there was any danger at the beach. "I told them that the ocean was at a temperature of 0 degrees and that they would die within five minutes if they were swept out to sea. They were very surprised when I told them."

Valsson adds that previously he'd seen a couple having their wedding photograph taken right down by the water's edge, with the photographer being Icelandic. "I told him to be careful but he disregarded my advice and walked around photographing the couple on the beach."

He adds that tourists seem to think that a beach means warm water and comfort. "It's Benidorm, Mallorca, Costa Brava. Iceland is a  different matter." 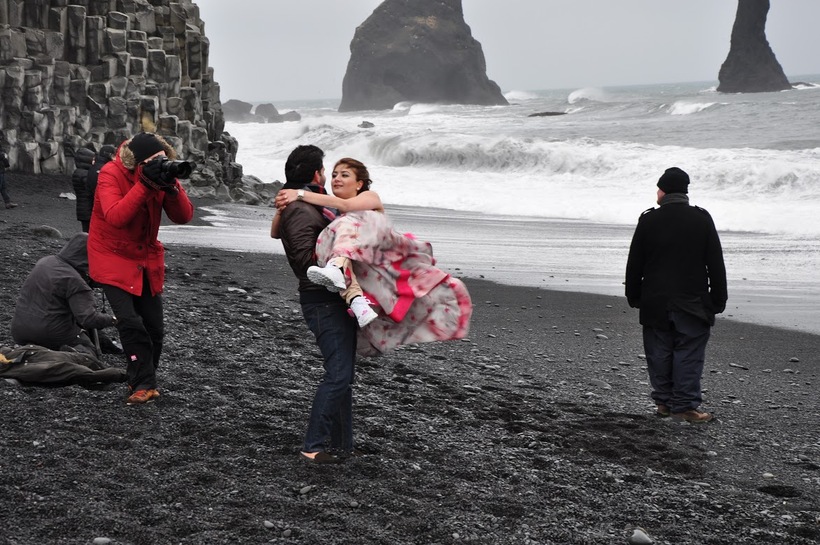 A photographer shoots wedding photos at Reynisfjara beach despite warnings of the dangers. Photo/Kiki G.M.P. Stevenhagen 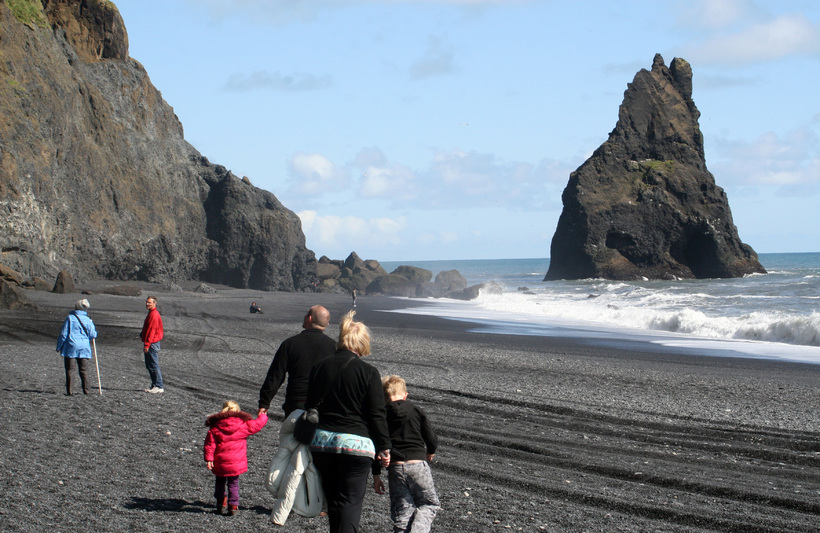 A Chinese tourist died at the beach two weeks ago after a wave knocked him to the cliffs and pulled him out to sea. mbl.is/Sigurður Bogi 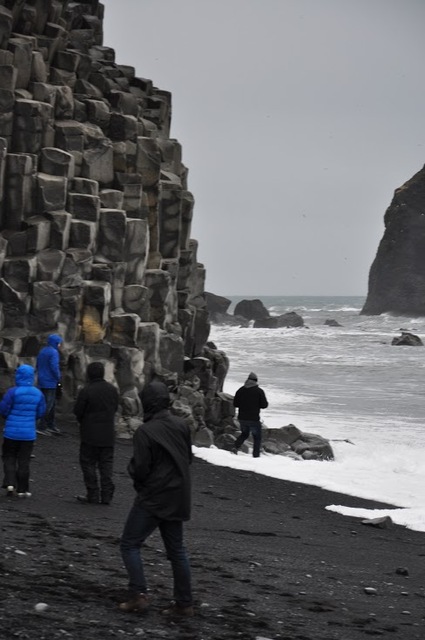