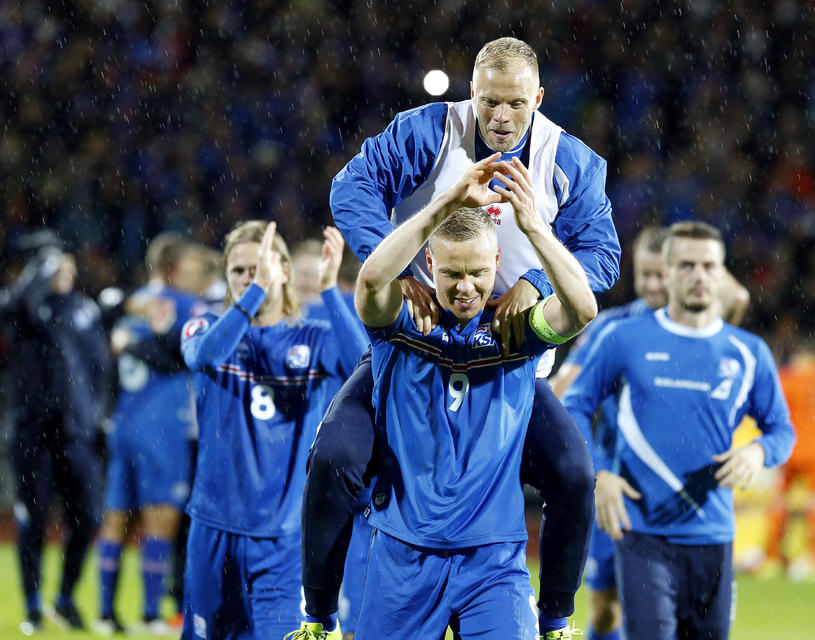 An online petition has been set up to allow Icelandic footballers playing in the Euro 2016 football tournament in France this summer to have their first name – rather than their surname – displayed on their football shirts.

The petition urges Icelandic football authorities to roll back their decision to print the surnames of Icelandic players on the back of their shirts – the standard practice in most football nations.

The vast majority of Icelandic ‘surnames’ are not in fact surnames in the traditional sense, but patronyms – names based on the filial relationship with a male parent.

For instance, the name of Gylfi Þór Sigurðsson – who currently plays for Swansea – mean literally ‘Gylfi Þór, son of Sigurður’. Any sisters of Gylfi Þór would bear the patronym ‘Sigurðardóttir’, i.e. ‘daughter of Sigurður’.

People are therefore known by their first names in Iceland (rather than their ‘surnames’) and supporters of the petition want to see this reflected on the shirts which will be seen by millions of viewers of Euro 2016 this summer.

Those behind the petition (available to sign here – link in Icelandic) point out there is a precedent for using first names on football shirts, citing examples from Central and South America such as Ronaldo, Pelé, Kaká and Chicharito.

Just over 500 people have so far signed.