Reynisfjara beach death: "The man's wife and children were in total shock." 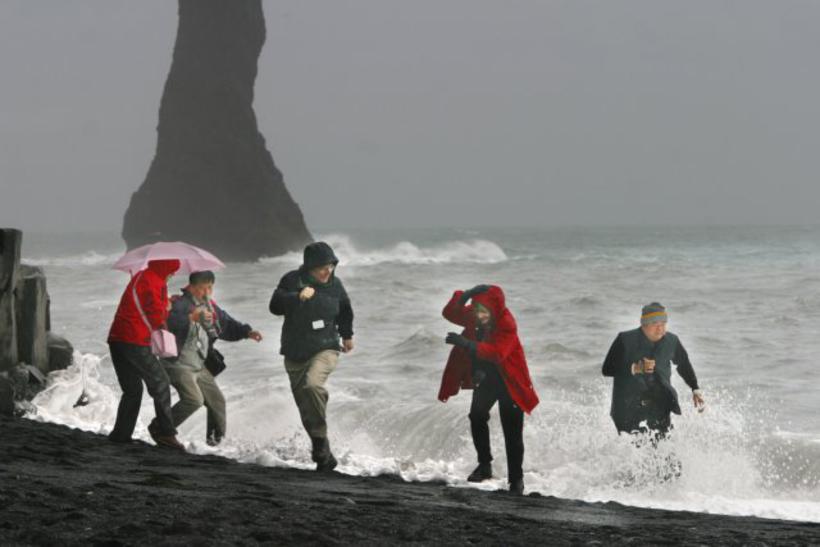 According to tour guide Hjálmar Georgsson who arrived at the beach just after a Chinese tourist perished in the waves says that only hours after the accident, tourists were putting themselves in grave danger at the spot.

Georgsson, a guide with Daytrips.is speaking to mbl.is explains that he took a group of tourists to visit the beach and that they arrived moments after a man had drowned at the site, at around 10.30 am that same day.

Entering the local café, Svarta fjaran, he saw numerous policemen and ambulence workers. "I asked for a cup of coffee and asked the waitress whether there had been an accident. "Yes," she replied. "A fatal accident." I turned around and saw a family sitting by a a table, in total shock. People were offering them their condolences. There were three of them, a woman with two children, one of them a teenager and the other around 12 year old. The room was laden with emotion."

Georgsson says that tourists regularly get too entranced by taking photographs, especially when they're taking selfies. "Then they just walk backwards to the shoreline, holding their phones and don't take note of what's happening with the ocean." He tells mbl.is that he repeatedly warns people of the dangers of the beach. "It's difficult to have to babysit people. It hasn't been a good experience for me having to stand over people screaming at them constantly."

He explains that following his coffee at the café where he witnessed the tragic scene he decided to go back to the beach. "Rescue teams had closed off the left part of the beach, where the basalt columns are located. And I spot tourists putting themselves in grave danger, going all the way down to the waves, totally ignorant of the dangers that they have been warned of."

Following Wednesday's accident, the government, in cooperation with the South Iceland police decided that a police guard will supervise the beach from now on.

Georgsson believes that the only way to prevent future accident would be to build a fence in the area with a gate to the beach so that people understand that they're entering a dangerous area. "A fence with lots of information on the dangers and the accidents that have occurred here."