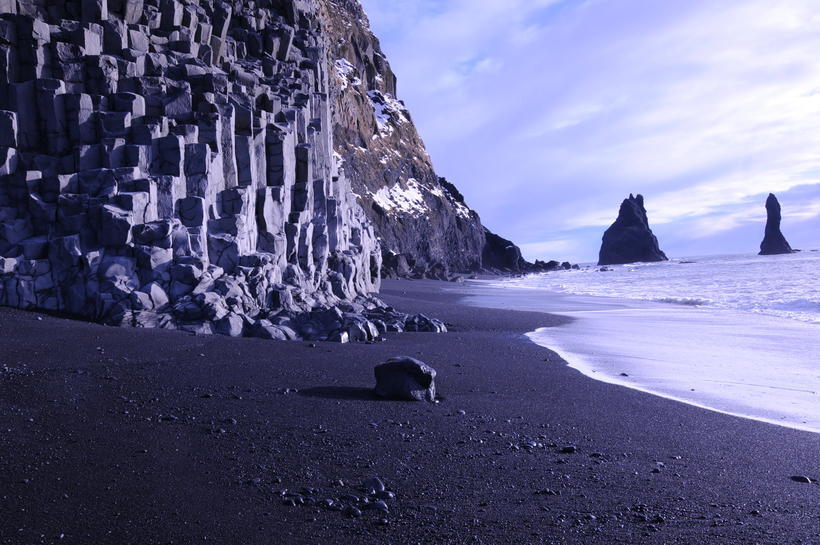 A Chinese man drowned yesterday when standing on this rock seen here in the middle of the photograph. Photo/Facebook

The man who died in Reynisfjara beach in South Iceland yesterday was a Chinese citizen, born in 1976. He was travelling in Iceland with his wife. Police investigation has shown that the man was standing on this  basalt pillar, taking photographs when the waves swept him it to sea.

The South Iceland police has published a photograph of the exact spot. "The man was standing on a free-standing basalt pillar, around 50 cm high when a wave broke and pulled him out to sea, with the result that he drowned.